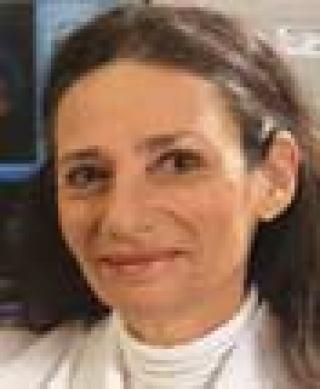 Clara D. Bloomfield is an internationally recognized physician scientist whose three decades of groundbreaking research on adult leukemia and lymphoma have changed the way these patients are treated.

Under her leadership as director of the CCC-James from 1997-2003, external peer-reviewed funding for cancer more than tripled, over 80 world-class faculty cancer researchers were recruited and one of the most successful human cancer genetics programs in the world was created.

She has mentored more than 70 post-doctoral or medical research fellows and junior faculty — many who have become leaders in the field — and has been a successful mentor for women in academic medicine.

“The exceptional experiences under her guidance have enforced my strong interest to clinically relevant research in leukemia,” said nominator Claudia Baldus, assistant physician in hematology at the Charité Universitätsmedizin Berlin. “She was not only an inspirational and knowledgeable mentor, but also an exceptional caring person who made it a pleasure and an honor to be one of her scholars,”

Bloomfield is considered the world’s authority on the clinical significance of chromosomal findings in adult acute leukemia, resulting in more than 400 articles. Her scientific accomplishments have resulted in numerous honors and awards, including election to the Institute of Medicine (one of only three Ohio State faculty to be inducted); receipt of the Joseph H. Burchenal Clinical Research Award from the American Association for Cancer Research; and the Distinguished Service Award for Scientific Advancement from the American Society of Clinical Oncology. She is the first woman to receive the latter two awards.

Nationally, Bloomfield has been instrumental in developing strong teaching programs for clinical researchers and has worked tirelessly for increasing funding for patient-oriented and translational researchers.

Her accomplishments are clearly distinguished — not merely excellent — in research and scholarly activity, teaching and service. Her achievements in translating basic research to clinical practice in leukemia and lymphoma, mentoring clinician scientists and advancing female academics and her service to OSU and the international scientific community are truly extraordinary,” said nominator Michael Caligiuri, director of CCC-James.

Bloomfield received her M.D. from the University of Chicago and joined Ohio State in 1997. 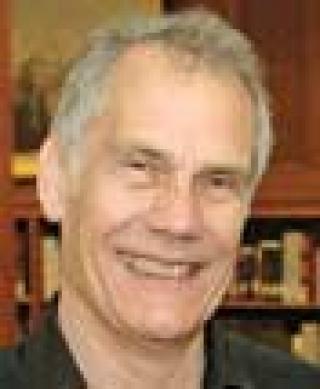 According to one nominator, Chisholm “has been a tower of strength in research, education and service.”

His lectures are carefully crafted — serious thoughts interspersed with wit, humor and the historical underpinnings of chemistry, which help undergraduates understand his enthusiasm for the subject and inspire many to pursue research in his laboratory.

“He is one of the best chemists of his generation as evident from his research contributions, a truly exceptional teacher and an unselfish colleague eager to share his time and ideas,” wrote nominator Prabir Dutta, chair of the Department of Chemistry at Ohio State.

Through research, Chisholm has made definitive contributions to every aspect of the chemistry of cluster bonds; he has led the way in developing synthetic methods, in structure determinations and in mechanistic elucidation.

“He and his coworkers have made hundreds of new, exciting molecules and studied their reactions,” said nominator Roald Hoffmann, professor of chemistry at Cornell University and recipient of the 1981 Nobel Prize in Chemistry.

In fact, he and his student, David Clark, were awarded the prestigious Nobel Laureate Signature Award of the American Chemical Society for their work in metal-metal multiple bonding, an award given annually for what is deemed the best doctoral thesis in the United States in any area of chemistry.

Chisholm has embraced the new generation of “green” polymers and the trend for the chemical supply chain to move more toward sustainable resources from nature, most of which are both biodegradable and biocompatible. The Department of Energy, the ACS Petroleum Research Fund and the BASF Corporation have supported this work.

In addition to his outstanding research, he also has been active in the service of science and chemistry on a global level, organizing numerous symposia within the American Chemical Society, the Congress of North American and Pacific Basin Chemical Societies and the International Union of Pure and Applied Chemistry. He has been elected a Fellow of the American Academy of Arts and Sciences, the Royal Societies of London and Edinburgh, Die Deutsche Akademie for Naturforsch-Leopoldina and most recently, a member of the National Academy of Sciences.

Chisholm received his Ph.D. in inorganic chemistry from London University.