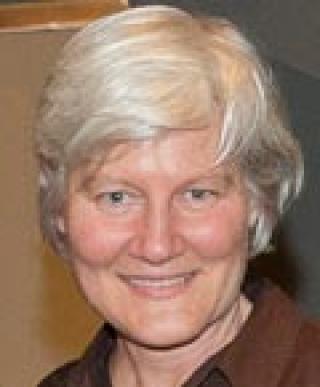 For more than two decades, Ann Hamilton has created provocative, complex site-specific installations that weave together various media, themes and materials in ways that astonish and inspire.

Hugh Davies, director of the Museum of Contemporary Art in San Diego, has curated a number of Hamilton’s installations and considers her one of the preeminent artists of the contemporary generation. He writes, “I believe Ann Hamilton ranks among the best of her peers on a national and international basis, in that she continually produces intellectual, political and visually stimulating work that allows viewers to engage themselves wholeheartedly.”

She gained wide acclaim for her 1991 exhibit, Indigo Blue, a rounded pile of 48,000 blue work shirts laid on a platform, which was a stark visual representation both of the nameless, faceless “blue collar workers” and the equally anonymous women behind those workers who wash, fold and mend their clothes. Originally installed in Charleston, S.C., as a tribute to the importance of the indigo plant to the South, a version still is on permanent display at the San Francisco Museum of Modern Art.

Since that time, Hamilton has installed pieces for exhibit across the nation and around the world.

Ohio State has its own permanent Hamilton installation: Verse, an inlaid mosaic of words culled from three wildly different books about the beginning and end of history, spans the 6,000 square feet of the Thompson Library’s Buckeye Reading Room. Every day, this tapestry of words is traversed, touched and talked about by streams of students, staff, faculty and visitors.

Olga Viso, director of the Walker Art Center in Minneapolis, describes Hamilton as “one of the major forces in contemporary art,” and that’s evidenced by an exhaustive list of honors and accolades, among them the Heinz Award for Arts and Humanities, a Guggenheim Fellowship and induction into the American Academy of Arts and Sciences.

And somehow, in the midst of making art, writing about art and earning five honorary degrees from five prestigious schools of art, Hamilton continues to provide exemplary service and instruction within the university’s Department of Art. She leads intensely collaborative graduate seminars that encourage an open exchange of ideas and artistic vision. She serves on the Graduate Studies Committee and has contributed immeasurably to the rise in stature the graduate program has experienced recently, earning the ranking of sixth among public institutions.

“Ann is someone who gives everything and more to everything she does — her art, her teaching, her presence in the community and the larger art world, as well as her family,” Viso said. 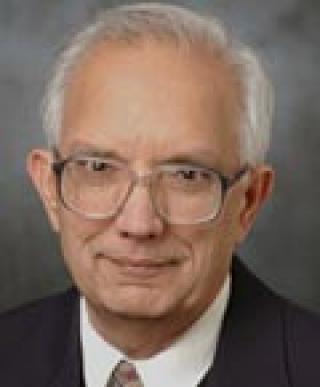 Rattan Lal is one of the world’s preeminent soil scientists whose standing as an international expert on agricultural sustainability and climate change weighs heavily both in the research and public policy arenas.

“Dr. Lal has raised the stature of this institution with work that is world-renowned and of enduring significance,” President Gordon Gee said. “Emanating from a laboratory in Columbus, his insights have reduced hunger on the other side of the globe. He is the epitome of a Distinguished University Professor. Like the soil he studies, he is essential.”

A professor in CFAES’s School of Environment and Natural Resources, Lal’s work focuses on carbon sequestration (the storage of carbon in soils and plants), studying soils in the United States, Africa, Latin America and India, and aiding in applying the technique of no-till to farms throughout the world. No-till is the best way for soils to store carbon and increase fertility.

His other areas of research include soil processes and atmospheric greenhouse effects, sustainable management of soil and water resources, restoration and rehabilitation of degraded soils, agro-forestry, tropical agriculture and agricultural development in the Third World.

Lal frequently testifies before the US Senate regarding carbon credits and carbon sequestration. His work on managing and protecting fragile soils has drawn international attention. During 1998-2000, he was lead author of the Intergovernmental Panel on Climate Change (IPCC), which in 2007 shared the Nobel Peace Prize with former Vice President Al Gore.

Lal’s numerous recognitions are as global and as substantive as the work he conducts, and include the 2009 M.S. Swaminathan Award (named for the father of the Green Revolution in India) for his leadership role in agricultural research; a 2007 Nobel Peace Prize Certificate from IPCC; and the 2005 Borlaug Award, named after Nobel Peace Prize laureate and Green Revolution “father” Norman Borlaug.

“It is so fitting that the university is honoring Rattan Lal,” said Bobby Moser, vice president for agricultural administration and dean of CFAES. “He is recognized around the world as a leader in his discipline. He is walking the path of Norman Borlaug, making a difference in the lives of many.”

Lal earned an undergraduate degree from Punjab Agricultural University in India in 1963, a master’s from the Indian Agricultural Research Institute in New Delhi (1965) and a PhD from The Ohio State University (1968), where he has been on the faculty since 1987.

Before joining Ohio State’s faculty, Lal was a senior research fellow at the University of Sydney (1968-69) and a soil scientist at the International Institute of Tropical Agriculture (IITA) in Ibadan, Nigeria (1970-1987).