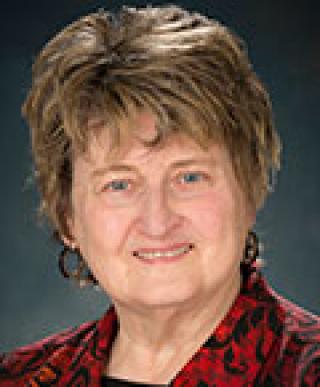 Diane Birckbichler has been the single driving force behind the quality of undergraduate education in foreign languages at The Ohio State University.

She is a well-known, if not the most well-known, advocate for foreign language teaching at the national level and is a perfect ambassador and advocate in the forefront of the university's strategic plan to provide students with the linguistic and cultural competence to thrive in in a global world.

Her service credentials are impressive, ranging from the state supreme court to inner city schools, from the Regents Chinese Academy to the American Sign Language program, from a complete overhaul of the foreign language departments in Hagerty Hall to a passionate defense of language instruction as part of the new GEC.

"Without her, this university would be a considerably poorer place," a nominator wrote. "It is largely a result of her tireless efforts that Ohio State is poised to be a global leader in international affairs."

Birckbichler has served on professional statewide committees that reported to the Supreme Court, the Department of Education, the Board of Regents and the governor, among many others.

At Ohio State, she has been a member of University Senate and the senate's Faculty Compensation and Benefits and Rules committees, served as chair of French and Italian and the Foreign Language Chairs Advisory Committee, sat on the college Executive Committee since 1991 and has been on search committees for positions ranging from professor to provost.

"Her willingness to devote time and energy to whatever project needs done is striking," another colleague wrote.

Birckbichler earned her doctorate from Ohio State in 1975 and has been here since her return in 1979. 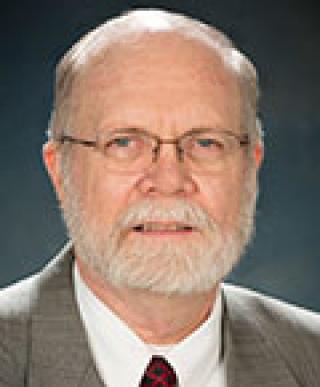 The quantity of Bob Gustafson's service contributions to Ohio State is considerable and impressive, but his colleagues across the university note that whether he has been charged with reviewing the undergraduate curriculum, the structure of a college or the university budgeting model, he does so with polished instincts, wisdom and civility that make him an invaluable member of any committee.

And he as been a member of many. He has held a continuous thread of elected and appointed positions since 1993, including multiple terms on University Senate and two terms on the senate Steering Committee. His chairmanship of the Council on Enrollment and Student Progress was transformational; the senate had debated its abolishment until he took the committee through an extensive strategic planning process that reaffirmed its role and function. His ad-hoc committee work spans general education, budgeting and academic structure.

Gustafson also was the Engineering representative on the 2001-02 General Education Review Committee (the "Blackwell Committee") that restructured the GEC for the 21st century, then followed that immediately by serving on the committee whose work eventually led the re-consolidating of the arts and sciences into one college.

"Bob's career at Ohio State embodies dedication to university service at all levels," a colleague wrote. "He has made the university a better place to work and study through his gentle approach and wry smile, and we are all better faculty and staff for having worked with him."

Gustafson holds a doctorate from Michigan State University and was recruited to Ohio State in 1987. 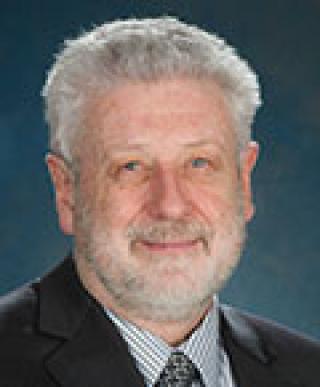 Brian McEnnis has compiled a long, significant record of service to Ohio State in general and to the Marion campus in particular, and that list alone would be enough to merit serious consideration for the "distinguished" label. But adding in the outreach and engagement components of that service pushes him well over the top.

"Dr. McEnnis has worked tirelessly to extend the reach and visibility of The Ohio State University into our communities," a nominator wrote. "Service to the community characterizes the service of many regional campus faculty, but his service in particular provides a stellar example of the impact this can have."

His distinguished service to the university has included terms on University Senate, during which he performed particularly important work on the Faculty Compensation and Benefits Committee and on both committees (the "Chism Committee" of 2001-02 and the "Gerber Committee" of 2008-09) that considered and ultimately set into motion the conversion from quarters to semesters.

But through all that, he's also: Worked to enhance mathematics education and knowledge among pre-college students through work in summer programs and as site coordinator of the state Mathematics Contest; directed and hosted the North Central District Science Fair for nearly 20 years; and established a Science Café that has become a popular and well-attended event that enriches the entire Marion community.

"Brian McEnnis has distinguished himself, his department and his campus as a selfless contributor to the greater good of the university," a nominator wrote. "He has made Ohio State a better place because he has balanced his dedication to teaching and research with a sustained commitment to service."