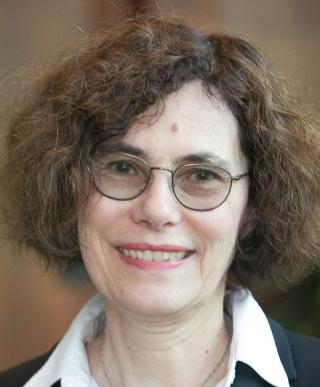 Professor, Department of History of Art
College of Arts and Sciences

Julia Andrews is widely regarded as one of the world’s leading authorities in the area of modem and contemporary Chinese art — a fact that becomes more impressive (though perhaps less surprising) upon realization that she herself is largely responsible for the establishment of what has become a thriving subfield of art history.

Andrews’ first book, Painters and Politics in the People’s Republic of China, 1949-1979, won the prestigious Joseph Levenson Prize from the Association of Asian Studies in 1996 as the year’s best book on modern China. In the process, the work established Andrews as the foremost authority on art of the Mao period. A nominator called that “an achievement of the very highest order, which will permanently reconfigure the study of modern Chinese art in English and which sets new standards of scholarship in that field.”

“Andrews was one of the first American art historians to conduct dissertation research in mainland China following the formal establishment of U.S.- China relations in 1979,” a nominator wrote. “She can thus legitimately be described as a pioneer in the history of Chinese art in the United States.”

She has organized Chinese art exhibitions at some of the most prestigious venues in the Western world, and her latest work, Art of Modern China, received the 2013 International Convention of Asia Scholars Book Prize in the Humanities.

Andrews also has compiled a long and impactful record of service since arriving at Ohio State in 1987. She served as the founding director of the Institute for Chinese Studies, in which capacity she coauthored a grant proposal that brought almost $2 million to increase undergraduate course offerings and enrollments. Andrews also served as associate director and later as director of Ohio State’s East Asian Studies Center.

“The field of modern Chinese art history owes a tremendous debt to Professor Andrews for her illuminating scholarship, engagement with museums, generosity with colleagues and dedication to the next generation of scholars,” another nominator wrote.

Andrews earned her undergraduate arts degree at Brown University, her master’s at Harvard and her doctorate from University of California, Berkeley. 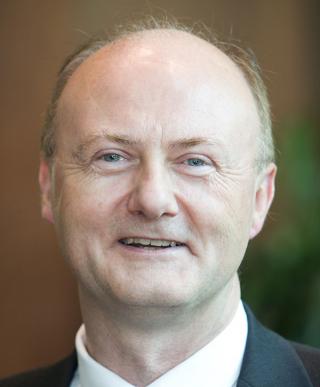 Professor, Department of Chemistry and Biochemistry
College of Arts and Sciences

Jimmy Cowan has made important contributions to understanding the inorganic chemistry of biological processes, with particular emphasis on structure, function and mechanism. Often he has tackled problems where the answers have had broad significance and impact.

He is an internationally recognized authority in bio-inorganic chemistry, dealing with man-made metallo-nuclease mimics and several other transition metal ion catalyzed processes that are important for biological function. One of his early advances was devising a means to understand the biological chemistry of magnesium — a complex metal to both study and understand — which required the design of an experimental strategy to investigate both its coordination chemistry and reactivity. Cowan’s lab developed a range of revolutionary physical and chemical methods to provide clear insights and a molecular perspective on how magnesium ion functions as an essential metal cofactor. “His discoveries have directly led to development of catalytic metallodrugs and a new paradigm for drug design,” a nominator wrote.

Cowan also has made seminal discoveries in the field of cellular iron chemistry. “Iron is an essential element and dysfunction of its biochemistry underlies many diseases, and so that research has afforded molecular insights on these problems and has also advanced the fundamental understanding of the biological chemistry of iron cofactors,” wrote another nominator.

He is a prolific researcher of international repute, having authored more than 220 articles in some of the most competitive journals in his field, as well as authoring a primary textbook that is already entering its third edition, and establishing five patents. He also is an active member of his department and the university, serving on curriculum committees, search committees and the CBEC Building Committee.

“Cowan’s is an extremely ambitious, multidisciplinary research program where he brings together a fundamental strength in mechanistic organic chemistry, as well as inorganic and physical chemistry, applying various techniques to solve difficult biochemical problems,” a nominator wrote. 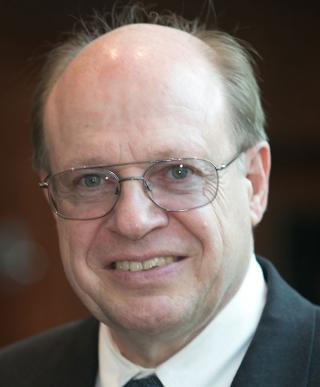 Ulrich Heinz has been a theoretical pioneer and intellectual leader among those attempting to re-create conditions that existed at the very beginning of the universe — employing his strong theoretical skills and physical intuition and insight to play a major role in the evolution of this field since its origin in the 1980s.

Papers he has published beginning in 1983 that describe so-called “Little Bangs” and the relativistic viscous fluid dynamics — behavior of plasma during and after them — have been cited more than 16,000 times (including more than 2,000 in the last year alone).

“He has had a huge impact on the discovery and understanding of the quark gluon plasma, which is a novel state of matter formed when nuclei are heated to trillions of degrees in a collider,” a nominator wrote. “Professor Heinz, with his students and postdocs, developed key theoretical tools to describe this kind of matter. His approach defines the state of the art, worldwide.”

“The approaches and tools developed by Professor Heinz’s group have laid the foundation for our current understanding of the dynamics of relativistic collisions over a wide range of energies,” wrote another nominator. “His work has been pivotal in firmly establishing the strongly coupled nature of the quark gluon plasma as a nearly ‘perfect’ liquid.”

Heinz also makes important contributions in the classroom, including his work revamping the honors physics series offered to all first-year honors students. One of his classes in electromagnetism achieved a national record for greatest gain from pre- to post-test.

Heinz received his MSc and PhD from the Johann-Wolfgang-Goethe University in Frankfurt and joined the Ohio State physics department in 2000.