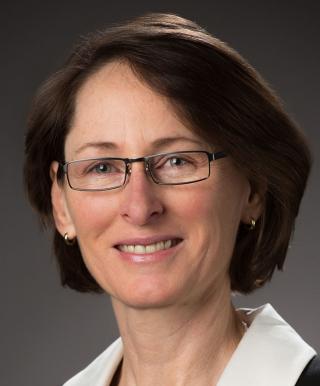 Professor, Department of Chemistry and Biochemistry

Heather Allen is a world leader in the study of how ions and molecules are organized in water-based interfaces. She studies how characteristics of the surface dictate chemical arrangements. Her work is remarkable for the breadth of its applicability — to cell membranes, lung lining, atmospheric particles, cloud droplets, geochemical interfaces and cancer migration — and thus has impact on a wide range of environmental and biological systems. She also develops new nonlinear optical spectroscopic methods using ultrafast lasers for use in analyzing these ionic and molecular arrangements.

According to one colleague, “Heather is widely regarded as one of the leading scientists in the world in using lasers and spectroscopy to investigate the surface chemistry of water and aqueous solutions. Her work has been enormously influential in physical and analytical chemistry, atmospheric sciences and even in biology.”

Another stated, “It is absolutely clear that she has emerged as one of the top world figures in the study of liquid surfaces. She combines a sophisticated understanding of the technical details of ultrafast laser spectroscopy with a remarkable vision and ability to choose good problems — the most important criteria for success in our business.”

Allen has received the Humboldt Research Award, a National Science Foundation CAREER Award, a Beckman Young Investigator Award and an American Association for the Advancement of Science Fellow Award. She also received the American Chemical Society National Award for Encouraging Women into Careers in the Chemical Sciences. Her work has been continuously funded by the National Science Foundation since 2002. Allen’s work has been cited in Science as a top 10 breakthrough. She has published more than 80 papers in high-ranking journals including the Proceedings of the National Academy of Sciences, Journal of the American Chemical Society and The Journal of Physical Chemistry.

Allen received her BS and PhD from the University of California, Irvine. She joined The Ohio State University in 2000. 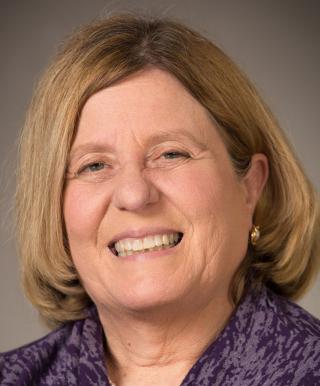 Rebecca Jackson is a leader in clinical and translational science in the field of women’s health, particularly in the context of chronic musculoskeletal diseases such as osteoporosis and osteoarthritis. Her greatest impact has come in her leadership roles with the Women’s Health Initiative (WHI), one of the most pivotal initiatives ever launched by the National Institutes of Health, to address strategies for preventing heart disease, cancer, cardiovascular disease, stroke and musculoskeletal diseases in postmenopausal women.

According to one colleague, “Dr. Jackson has emerged as a national leader in translational research, especially in relation to women’s health issues. Her expertise in endocrinology and metabolism, and in osteoporosis and metabolic bone disease, has been most valuable to the massive WHI program.”

Another colleague stated that, “Through her outstanding leadership, she has helped to transform clinical and translational scientific environments and enhanced resources/training to facilitate the next generation of translational investigations.”

In 2007, Jackson gathered faculty and staff from Ohio State’s 14 colleges to create the Center for Clinical and Translational Science (CCTS) as an academic home to provide the infrastructure, resources, education and career development to facilitate translational discovery to improve health. As director of the CCTS, Jackson has secured $51 million in research funding and has made Ohio State a leader in the Ohio Clinical Trials Collaborative. She has enjoyed consistent research funding for more than 30 years totaling more than $110 million.

Jackson has published more than 180 peer-reviewed publications in preeminent journals such as the New England Journal of Medicine, Nature and Journal of the American Medical Association.

Jackson received her BS and MD from The Ohio State University. She joined Ohio State in 1983. 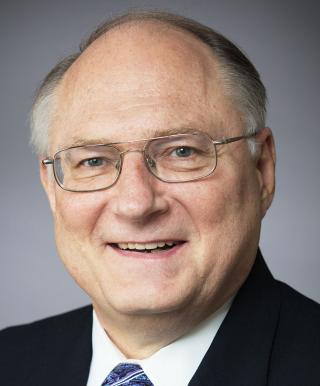 Thomas Kasulis is an internationally recognized scholar of Japanese philosophy and religion. The international value of his scholarship is built on his unique ability to describe the subtlety and nuance of concepts deeply embedded in Japanese culture and history in terms accessible not only to Western students of philosophy but to the generally educated reader. His first book, Zen Action/Zen Person, established the field of Japanese philosophy. His two other single-author books established new specialties in Asian studies, comparative philosophy and religious studies.

One colleague stated that, “His knowledge of the Japanese tradition in the original literature is unparalleled, and he brings real philosophical rigor to his research.”

Another said, “His work makes not only esoteric Japanese religions and philosophy accessible but is also actually relevant to modern Westerners, and his weaving together of the disparate and sometimes contentious fields of philosophy and religious studies is respected and well known around the world. It is no exaggeration to state that Tom Kasulis approaches being a living legend in the field internationally.”

Kasulis is a leading figure in the American Academy of Religion, the world’s largest scholarly organization devoted to the study of religion. He has served as president of the American Society for the Study of Religion and of the Society for Asian and Comparative Philosophy. He serves on the editorial boards of several leading publications in his field, including The Eastern Buddhist, the Nanzan Library of Asian Religion and Culture’s series on Japanese Thought and Culture and the Stanford Encyclopedia of Philosophy. He has published three single-author books, five co-edited collections and 70 articles and book chapters. His works have been translated into eight languages. 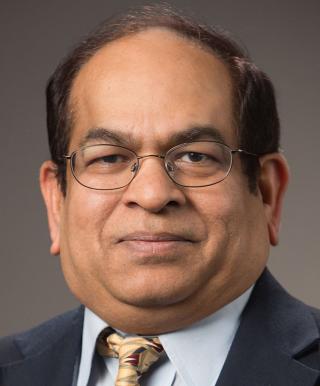 Dhabaleswar K. (DK) Panda is a world leader in research on high-performance and scalable communication in parallel and high-end computing systems. One of his most significant contributions is the design of a scalable and high-performance communication library for the popular Message Passing Interface (MPI) programming model for modern supercomputers using InfiniBand networking technology. The majority of supercomputers in the world are currently powered by this software for running a diverse range of high-performance computing applications. Daily, these libraries help tens of thousands of users worldwide from many disciplines advance research and develop products in their respective fields. Panda has extended his research into the emerging areas of big data and cloud computing. He has designed high-performance, scalable designs for Hadoop framework, a common middleware being used for big data analytics, which are available to the public.

According to one colleague, “DK’s fundamental research on designing next-generation communication libraries by exploiting the Remote DMA mechanism of InfiniBand networking technology has made a colossal impact in the field of commodity cluster computing.”

Another colleague wrote, “DK Panda is an accomplished computer scientist, with noted achievements in the field of scientific computing and the development of techniques for the world’s most technologically advanced supercomputers.”

Panda is a Fellow of the Institute of Electrical and Electronics Engineers. He received the National Science Foundation’s Early CAREER Development Award and Research Initiation Award. He has published more than 350 papers in major international journals and conferences and delivered more than 30 keynote/plenary talks, 89 invited tutorials and 189 invited presentations worldwide. 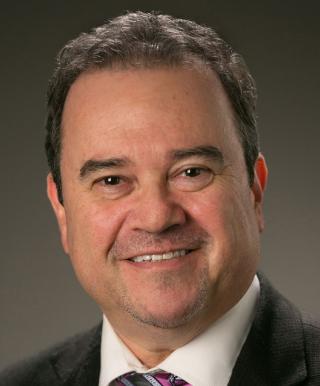 Steven Ringel is one of the world’s preeminent scientists in the field of semiconductor materials. He is best known for his transformational contributions to the development of advanced solar photovoltaics and to the area of wide-bandgap semiconductors, the basic materials enabling the revolution of solid state lighting, wireless communications and power electronics. Ringel is internationally renowned for his leadership in the development of novel characterization methods that have unraveled the mysteries of how atomic defects in semiconductor crystals dictate their properties and operation. His methodologies are recognized for leading to the development of high-performance operation devices, such as those now used in solid state lighting. He is distinguished as a world leader in the development of the so-called III-V/Si photovoltaics, a transformative approach key to the advancement of truly cost-effective, high-efficiency solar energy panels.

According to one colleague, “Steve is now recognized as the authority on the characterization of traps in the Gallium Nitride material system.”

Another colleague noted that, “It is no exaggeration to say that Professor Ringel’s research and scholarship have led to new levels of scientific understanding and have had a game-changing effect on the fields of photovoltaics and semiconductor devices.”

Ringel has authored or co-authored more than 300 journal articles and delivered more than 120 invited lectures worldwide. He is a Fellow of the American Association for the Advancement of Science and a recipient of the National Science Foundation National Young Investigator Award. Ringel co-founded the Institute of Electrical and Electronics Engineers Journal of Photovoltaics, the premier journal in the field, and founded Ohio State’s Institute for Materials Research.

Ringel received his BS and MS from Penn State University and his PhD from the Georgia Institute of Technology. He joined Ohio State in 1991. 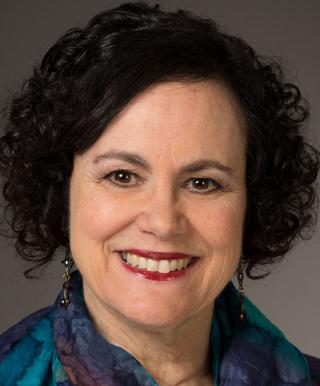 Amy Shuman is one of the preeminent scholars in folklore studies, as well as in the fields of narrative studies, literacy studies and human rights studies. Among the world’s top scholars in narratology, she is a pioneer in the study of the uses of narrative in everyday life and political asylum process. Her first book, Storytelling Rights: The Uses of Oral and Written Texts by Urban Adolescents, examined the uses of writing and speaking by inner-city African American and Puerto Rican American adolescents when studies of narrative were only just emerging. Her second book, Other People’s Stories: Entitlement Claims and the Critique of Empathy, further developed theories of the uses of narrative in everyday life, especially the question of who tells stories to whom, how stories travel and how they are used in public discourse. Her co-authored book, Rejecting Refugees: Political Asylum in the 21st Century, considers the use of personal stories of suffering and trauma in the political asylum process and proposes a model for the role of narrative in advancing human rights.

According to one colleague, “I am constantly humbled by the depth of Dr. Shuman’s work, the theoretical import of each and every one of her publications, her openness and kindness to students and other scholars and her ability to continually turn paradigms on their head, blazing new trails but always with regard for those who went before.”

Another stated, “I know of no other folklore scholar writing today whose work can claim the interdisciplinary reach or the demonstrable, positive social effect that Professor Shuman’s books and works have attained.”

Shuman is a Fellow of the American Folklore Society and the recipient of a Guggenheim Fellowship. She has authored three monographs and published more than 40 articles in the most prestigious journals in her field. She has delivered more than 100 national and international keynote addresses and conference presentations.