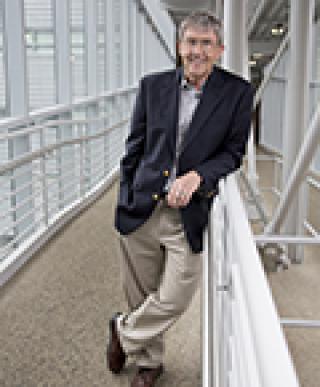 Gary E. Booth came to The Ohio State University in the 1960s as a graduate student, eager to make his mark. After earning his doctorate in organic chemistry, Dr. Booth built an impressive career as a research chemist with Procter & Gamble. When he retired three decades later as vice president for research and development, he had achieved his goal. His work had a profound impact on P&G, where he helped develop popular household brands, including Pantene, Crest and Folgers Coffee, and established markets in China, Germany and the U.K.

Dr. Booth credits his professional success to the education he received at Ohio State. In 2008, he and his wife, Jane, established the Booth Scholarship Fund for Chemistry and Biochemistry to provide educational opportunities for future generations of chemists. They also serve as mentors for the Booth Scholars, developing close relationships with every student who receives their financial support, and offering him or her professional and personal advice. Dr. Booth has even taken groups of students on tours of P&G to show them the joys of working in a lab.

In 2011, Dr. Booth agreed to chair the fundraising committee for the Chemical and Biomolecular Engineering and Chemistry (CBEC) building on Ohio State’s Columbus campus. The committee’s ultimate success was influenced by his personal enthusiasm. Leading by example, Dr. Booth contributed to funding the facility and inspired his peers to donate as well. He also visited alumni in the United States as part of the CBEC campaign, and provided funding for international trips to engage chemistry alumni around the globe, leading to innovative collaborations, such as a dual doctorate program in drug discovery with Hong Kong Baptist University. 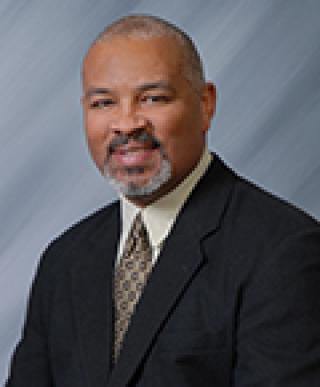 For more than 25 years, Columbus native Robert L. Caldwell Jr. has dedicated himself to enacting societal change and bringing awareness to the racial and financial struggles that exist in our neighborhoods. Drawing on his expertise in the areas of social justice, diversity and equity, collaborative leadership and urban community development, Mr. Caldwell has worked closely with Ohio State and the city of Columbus to improve the quality of life for residents in many University District neighborhoods.

At two different points in his life, Mr. Caldwell lived in low-income communities with the goal of transforming them from the inside out. In 1991, while living in Greenbrier on Columbus’s east side, he helped found TEACH (The Enrichment Association for Community Healing). Nine years later, he moved into Weinland Park near Ohio State’s south campus. His mission was to revitalize the neighborhood, and he began by founding the Weinland Park Community Civic Association.

As president of the association, Mr. Caldwell led the creation of a comprehensive economic development plan that would impact more than 100,000 residents, students and employees living and working in and around Weinland Park. He also helped in the conceptualization of the Schoenbaum Family Center, a partnership between Columbus City Schools and Ohio State, and led a major employment initiative to provide training for area residents to prepare them for construction industry jobs.

He currently serves as executive director of AnswerPoverty.org and Regional Director for training and development at Think Tank, Inc. He is a senior fellow at Mission Columbus, managing partner at Community Revitalization Associates, and is the board chair at the University Area Enrichment Association and the University District Freedom School Program.

An inspiring civic leader, Mr. Caldwell’s achievements have been recognized by his alma mater, Denison University; the National Alliance to End Homelessness; the Columbus Chamber of Commerce; and the governor of the state of Ohio. 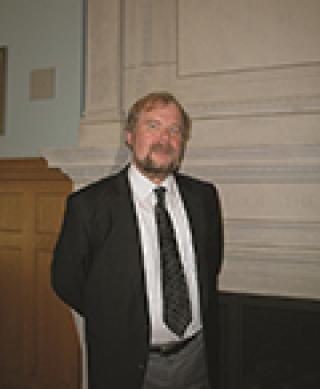 As Ohio State’s university archivist, Raimund Goerler dedicated more than three decades to preserving and sharing the history of Buckeye Nation. Under his leadership, the University Archives — a repository of documents, photographs and artifacts — became a model for other institutions nationwide.

Dr. Goerler received his undergraduate degree from the State University of New York at Buffalo, and his graduate degrees from Case Western Reserve University and Kent State University. In 1978, he joined Ohio State’s University Archives. There, he brought significant collections, such as the papers of Jesse Owens and Woody Hayes, to the university, and developed a records retention program that was adopted by public colleges throughout the state.

From 2000 until 2010, Dr. Goerler served as assistant director for Special Collections and Archives. In 2009, he also served as interim director of libraries, which involved overseeing the return of materials and staff to the newly renovated William Oxley Thompson Memorial Library while maintaining services for the campus community. He efficiently coordinated the rededication activities of the building, including its grand opening gala.

During his tenure at Ohio State, Dr. Goerler established two world-renowned collections: the Byrd Polar Research Center Archival Program — one of the most important sites in the world for historical polar information — and the Ohio Congressional Archives.

Additionally, Dr. Goerler developed an oral history program that continues to add reflections from faculty, staff and students to the university’s official memory. Following his retirement in 2010, Dr. Goerler and his wife ensured the continuation of this program by establishing the Raimund and Sharon Goerler Endowment for Oral History in University Archives Fund.

A talented author and professor, Dr. Goerler has designed and taught highly popular classes about the history of the university, and he has written three books on the topic. After An Illustrated History of The Ohio State University was published, he donated the royalties to the University Archives. 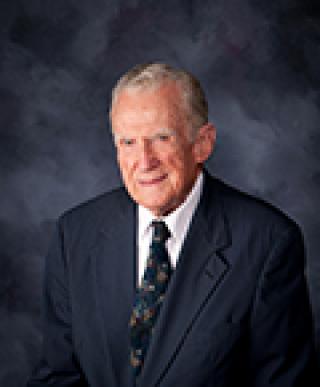 For more than 50 years, John H. Litchfield has demonstrated a passionate commitment to the food science and technology field. Drawing on his considerable experience working in both academia and industry, he has become an invaluable resource to Ohio State and to generations of new food science students.

After completing his undergraduate degree at the Massachusetts Institute of Technology, Dr. Litchfield began his career with Searle Food Corporation in Florida as chief chemist. He served as a first lieutenant in the U.S. Army, with assignment as food advisor, Berlin Command. By 1956, he had earned his graduate and doctoral degrees in food technology from the University of Illinois at Urbana-Champaign. Following completion of these degrees, he joined Swift & Company in Chicago as a food technologist, which led to a faculty appointment in the Department of Food Engineering at the Illinois Institute of Technology. In 1960, he moved to Ohio and began a prolific, 33-year career as a chief researcher at Battelle.

Every weekday, Dr. Litchfield can be found on campus working with students, teaching, advising and coaching. As an instructor, he provides one-on-one laboratory assistance for food science students, and has served on numerous thesis and dissertation committees. For 20 years, he has coached the Ohio State Food Science and Technology Team in the Institute of Food Technologists College Bowl, and has led the team to six regional wins and three national championship victories. He also supports students through substantial donations every year to scholarships and funds at the university.

For his efforts, he has received multiple distinguished service awards, was voted Professor of the Year by the Food Science Club and has twice received the Meritorious Service to Students Award from the Agricultural and Natural Resources Council. 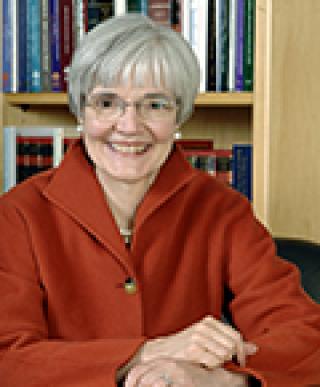 A 1972 graduate of Yale Law School, Nancy Hardin Rogers began her distinguished 40-year career as a faculty member at Ohio State’s law school in 1975. Thanks to her visionary leadership, Professor Rogers rose through the ranks to become vice provost of the university, a position she left in 2001, when she was selected to serve as dean of the Moritz College of Law.

During her tenure, she spearheaded the creation of many innovative programs, including Election Law @ Moritz, the Distinguished Practitioners in Residence program, Mentoring & More @ Moritz and the Law and Leadership Institute, a statewide diversity pipeline focused on increasing law school enrollment from minority and underserved communities.

Professor Rogers was instrumental in establishing a nationally recognized Alternative Dispute Resolution center at Ohio State. She was the first faculty advisor for the Ohio State Journal on Dispute Resolution, a student journal that is now the official journal of the American Bar Association’s Section on Dispute Resolution. She has authored numerous award-winning publications on the subject, including the nation’s foremost dispute resolution textbook, and her leadership was recognized as vital to the drafting and passage of the Uniform Mediation Act.

Respected across the nation for her leadership and legal skills, she left her role as dean in 2008, at the governor’s request, to serve as Ohio’s Attorney General. She has served as president of the Association of American Law Schools, was appointed as one of Ohio’s five commissioners on the National Conference of Commissioners of Uniform State Laws and was appointed by President Bill Clinton to the board of directors of the Legal Services Corporation.

In 2014, she received the prestigious James F. Henry Award from the International Institute for Conflict Prevention and Resolution. This lifetime achievement award celebrates her remarkable contributions to the legal field as a teacher, scholar and innovator.