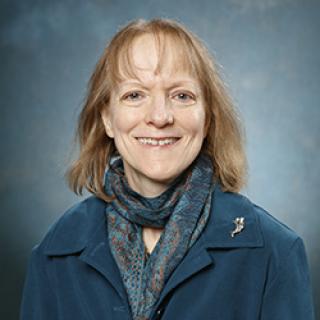 Jane Hathaway is an international expert on the early modern Ottoman Empire. Her work in Ottoman and Islamic history has helped make The Ohio State University's Department of History one of the world's leading centers for graduate-level study of the Ottoman Empire. She is one of a handful of Ottomanists in the world to conduct primary research with equal ease in both Ottoman Turkish and Arabic, as well as Hebrew and several European languages. Her revisionist interpretations have helped to place the Ottoman Empire in a global, comparative context and to overturn the conventional view of the Ottoman provinces as independent nation-states in waiting.

One colleague states, “Professor Hathaway is a particularly productive and imaginative scholar, who successfully combines a lively interest in the Arab world and profound knowledge of the workings of the Ottoman central government. In my view, she is one of the most important scholars currently active in the field of Ottoman history.”

Another states, “Dr. Hathaway is a keen teacher, an internationally recognized scholar and a passionate individual whose work not only transformed the study of Ottoman Egyptian history, but has also helped shape the careers of young scholars all over the world.”

Hathaway has received prestigious grants from the National Endowment for the Humanities, the American Council of Learned Societies and the Social Science Research Council. She received the Association for Iranian Studies’ Saidi-Sirjani Book Award and the Ottoman and Turkish Studies Association’s M. Fuat Köprülü Book Prize. She is a member of the executive committee of the International Association for Ottoman Social and Economic History and the governing directorate of the Comité International des Études Pré-Ottomanes et Ottomanes.

Hathaway received her BA and MA from the University of Texas at Austin and her PhD from Princeton University. She came to Ohio State in 1992. 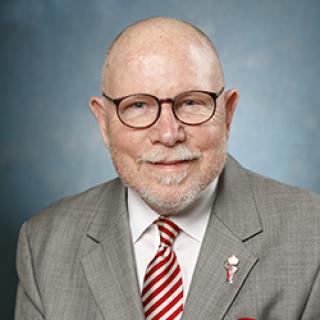 William Berry Lyons is an internationally renowned researcher and scholar in environmental geochemistry. His research focuses on how climate change influences global environmental cycles, ecosystems and geobiology, specifically in polar regions of the world. His research has had global impact in a variety of scientific disciplines including biogeochemistry, ecology, oceanography, environmental science, climate science, urban geochemistry and science education.

One colleague said, “Berry is recognized internationally as an expert in wide range of areas, including trace element transport in the environment, geochemical evolution of lakes and lacustrine sediments and how global climate change influences ecosystems, biogeochemical cycles and the environments, specifically in the polar regions. His diversity of interests and expertise is phenomenal.”

Another states, “Berry is a fair, enthusiastic and objective scientist and teacher who strives to learn from his colleagues and students and whose colleagues in turn, value his scientific input on many aspects of field and lab research. These characteristics as an active educator, scholar and researcher, raise us all to a higher standard of science and collegiality; scientists around the world consider him their close colleague.”

Lyons work has appeared in over 250 prestigious publications including Nature, Science, Geology and the Journal of Geophysical Research. He has authored two books and 51 book chapters. His research has been continuously funded by the National Science Foundation for nearly four decades. He is a Fellow of the American Association for the Advancement of Science, the Geological Society of America, the American Geophysical Union and The Explorers Club. He received a Fulbright Fellowship from the U.S. State Department, the Congressional Antarctica Service Medal and the Geological Society of America Israel C. Russell Award.

Lyons received his AB from Brown University and his MSc and PhD from the University of Connecticut. He joined Ohio State in 1999. 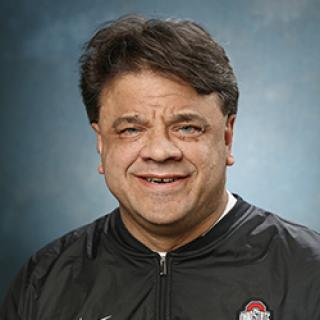 Kevin Passino is a world leader in the field of intelligent control, an area that uses ideas from biological systems to solve engineering problems. Along with his expertise in intelligent and fuzzy control methods, stability theory, swarm dynamics and biomimicry, he is renowned in non-traditional areas such as ethics in engineering, social justice and humanitarian engineering. He has invented several novel methods and analysis approaches for intelligent systems, invented a framework for modeling and stability analysis of discrete event systems, made contributions in animal and honeybee hive behavioral analysis and to modeling and analysis of group drinking behaviors. Passino is the founder and director of the College of Engineering’s Humanitarian Engineering Center.

One colleague states, “Kevin is without doubt one of the most outstanding faculty members at Ohio State in terms of his research contributions, national and international impact and research leadership. He demonstrates excellence in all aspects of his career, including research, innovation, service to the technical community, mentoring, teaching and leadership at Ohio State.”

Another said, “Kevin is widely recognized as being a visionary in his research community, and a pioneer in three different research areas, something that can be said of only the very top scholars.”

Passino received his BS from Tri-State University and his MS and PhD from the University of Notre Dame. He joined Ohio State in 1990. 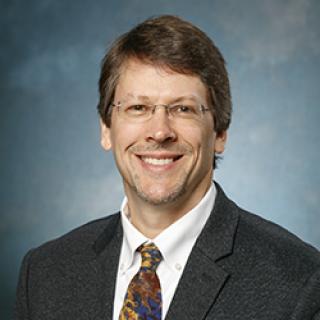 Phillip Popovich is an international expert in the field of spinal cord injury (SCI). He is often credited with being the first to recognize that SCI significantly affects the functional properties of innate and adaptive immune cells. His early research changed the way we think about inflammation in acute SCI, establishing the significance of central nervous system-immune system interactions following SCI. His current work on macrophage reprogramming is potentially game changing and is being pursued by multiple companies for new drug-development. Popovich is the director of Ohio State’s Center for Brain and Spinal Cord Repair.

A colleague said, “Dr. Popovich is a world leader in research, education and training. His work has directly impacted our research reputation and his team approach to science is a model for all of our researchers at Ohio State.”

Another stated, “Through his remarkable agency to extract and apply old, new and diverse data to research questions, he enriches the work of students and colleagues. He is generous with good ideas and resources. His aptitude to conduct, communicate and recognize rigorous science benefits our research, his funding and peer review.”

Popovich’s research has been continually funded by the National Institutes of Health, generating more than $45 million in extramural research support. His work has been published in prestigious journals including Nature Medicine, Cell, The Journal of Clinical Investigation, The Journal of Neuroscience, Nature Reviews Neuroscience, Nature Neuroscience and Experimental Neurology. He is a Fellow of the American Association for the Advancement of Science and a member of the Faculty of 1000, an international consortium of senior scientists and experts who review and recommend notable research publications in biology and medicine.

He received his BS from Penn State University and his MS and PhD from Ohio State. He joined the Ohio State faculty in 1997. 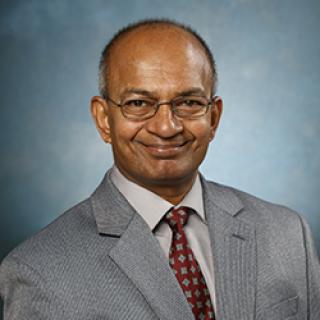 Ponnuswamy Sadayappan is internationally renowned for his research on compilers for high-performance and parallel computing. His work addresses challenges faced by developers of high-end scientific/engineering applications for parallel computing systems - how to achieve high performance, high productivity, as well as portability for emerging and future systems. His research has made significant advances to both the theory and the state of practice with optimizing compilers. A collaborative project with quantum chemists has led to the creation of a domain-specific compiler targeted at an important class of computational chemistry models, enabling parallel code for many new models to be automatically synthesized from conveniently specified high-level expressions by domain scientists.

One colleague states, “Saday has established a well-deserved reputation among his national and international peers as a stellar researcher in high-performance computing who pursues innovative approaches to persisting problems of productivity and programmability in the field.”

Another said, “Saday has been one of the most highly influential, innovative and productive researchers in enhancing productivity while enabling a high level of performance in high-performance computing for over 30 years, in addition to outstanding teaching, mentoring and service to the profession and community.”

Sadayappan’s research has been continuously funded by the National Science Foundation for the past 20 years, and by the Department of Energy for the past 15 years. He has published over 250 peer reviewed papers, with over 12,000 citations to his work. He is a Fellow of the Institute for Electrical and Electronics Engineers. He received the Lumley Research Award from the College of Engineering, and has received multiple Outstanding Teaching and Outstanding Service Awards from the Department of Computer Science and Engineering.

He received a B.Tech from the Indian Institute of Technology, Madras, and his MS and PhD from Stony Brook University. He joined Ohio State in 1983. 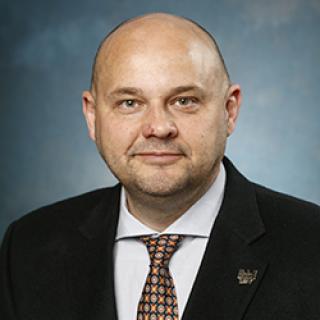 Krzysztof Stanek is one of the world’s leading practitioners of “time-domain astronomy,” long-term monitoring of the sky to discover pulsating and eclipsing stars, transiting extra-solar planets, cataclysmic stellar explosions, bursts of energy from supermassive black holes and unanticipated celestial phenomena. He is well known for his research on the explosive deaths of massive stars. Stanek is principal investigator of the All-Sky Automated Survey for Supernovae, the world’s leading discoverer of more than 500 bright supernovae, including the most luminous supernova ever observed.

One colleague states, “By harnessing modest telescopes to brilliantly conceived and executed automatic search algorithms, Kris and his colleagues have constructed one of the most effective and productive search systems for transient events in the universe. There are many forms of stellar explosions and this powerful search has revealed many examples of the types of explosions we know about and, even more interesting, has led to the discovery of rare types we have not seen before.”

Another said, “Deeper understanding of the ways that stars die has broad implications for physics and cosmology. The connections between stellar life cycles, energy released in collapses or collisions, the emission of light across the electromagnetic spectrum and the gravitational waves produced in violent events are just beginning to be explored. Kris Stanek has been an independent and productive leader in this field.”

He earned his Magister of Astronomy from Warsaw University, Poland, and his MA and PhD from Princeton University. He joined Ohio State in 2005.