2018 Provost's Award for Distinguished Teaching by a Lecturer

All lecturers, senior lecturers and other associated faculty who have taught undergraduate or graduate/professional courses in the last three years are eligible for this award. 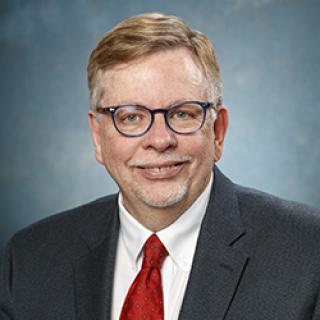 Robert William Ahern is among the College of Social Work’s most sought after lecturers and mentors. A skilled teacher and clinician, Ahern goes above and beyond to make himself available for his students, regularly providing one-on-one career guidance and course suggestions. His dedication to students is reflected in exemplary evaluation scores and glowing testimonials declaring him “amazing," "the best professor," "an excellent instructor" and "phenomenal." Ahern’s dedication to teaching has made him a four-time winner of the college’s “Community Lecturer of the Year Award.”

Ahern employs a variety of strategies to engage students in the learning process, including role plays, storytelling, Tai Chi, case studies, skill demonstrations of therapeutic techniques or interventions and the Socratic method to develop critical thinking. His classes utilize movie clips, podcasts and a variety of other media to better connect with students with different learning styles and interests. Through these varied approaches, Ahern helps his students hone self-awareness of the internal processes critical to effective therapeutic engagement with clients.

Ahern earned his BA at Florida State University, his MDiv from Trinity Lutheran Seminary and his MSW and PhD at The Ohio State University. He primarily teaches clinical practice courses taken by master's level students including Engaging and Entering the Profession, Crisis Intervention and Trauma Treatment, Strengths-Based Clinical Social Work with Individual Adults and Motivational Interviewing. He also teaches several 5000-level courses that attract both undergraduate and graduate students, including Loss and Grief: A Social Work Practice Perspective and Integrative Body-Mind-Spirit Approaches to Assessment and Treatment. 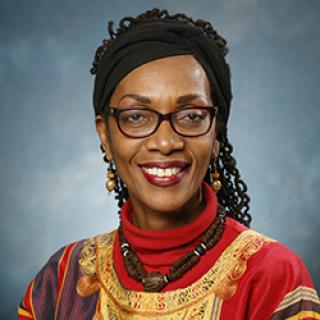 Senior Lecturer and Director of African Languages
Center for Languages, Literatures and Cultures
College of Arts and Sciences

Salome Fouts is a dedicated educator, a tireless advocate for Ohio State’s African languages programs and a valued leader within the Center for Languages, Literatures and Cultures. She has a true passion for students and is known for encouraging eager minds in and outside of the classroom to reflect on their place as citizens in both a global and local sense. Her ability to spark curiosity in languages and cultures is unparalleled.

Fouts has vastly expanded student understanding of, and appreciation for, African culture at Ohio State. She teaches a wide range of Swahili classes from the 1101 level up through to the 3000 level, inspiring students with cultural knowledge and pushing them towards higher levels of language competence. She has also taught African Literature and Contemporary Black Drama in the Department of African American and African Studies. Fouts’s interest in Uganda led her to serve as resident director for the Global May Uganda study abroad program. During the program, she empowered students to activate cultural knowledge obtained in the classroom and positioned participants for greater levels of language achievement through hands-on interactions in the field.

Fouts obtained her BA from the College of Wooster, her MA at Miami University (Ohio), and her PhD from The Ohio State University. Her research interests include exploring the use of indigenous African oral performance forms in the active language classroom, Swahili culture and performances and the position of Swahiliin Uganda. In addition to her work at the university, Fouts is engaged in improving access to quality educational resources in various Ugandan elementary schools within her village community of Bujuuko. 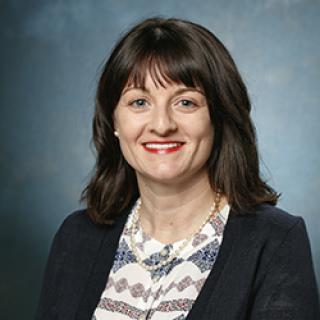 Senior Lecturer, Department of English
College of Arts and Sciences

Meghan Burke Hattaway has been described by her students as “everything you want in a college English professor.” Practiced, compelling and empathetic, she pushes students beyond grammar and paragraph structure to develop the critical thinking skills necessary to analyze arguments and articulate well-reasoned opinions.

Hattaway teaches first- and second-year composition classes, including special sections on disability studies and documentary film. She has also taught Introduction to Disability Studies, British Literature 1800-Present, Women in Literature, Special Topics in Film and Literature (“Jane Austen in Hollywood”) and Introduction to Fiction. In these courses, she navigates controversial issues around disability, race and gender in ways that invite civil discussion and encourage reflection. Her students hone abilities inclusive of assembling and presenting research materials, public speaking, rhetorical skills, group collaboration and the synthesis of creative and critical practice.

Hattaway received her PhD in 19th-century British literature from The Ohio State University and her MA from Florida State University. She specializes in 19th-century British literature, women’s writing and disability studies. Her recent publications include essays in Victorian Literature and Culture, European Romantic Review and Eighteenth-Century Fiction, among others. She was also co-editor of a December 2011 special issue of the journal Prose Studies. Hattaway served as co-chair of the Nineteenth Annual British Women Writers Conference in 2011 and has also presented papers at a number of national conferences. 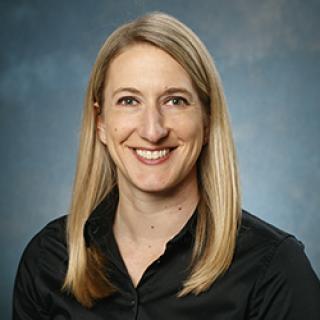 Since 2011, Juckett has taught the occupational therapy service-learning course, OCCTHER 6251s. She is committed to interprofessional learning and has facilitated occupational and physical therapy student experiences in the Physicians Free Clinic and the John R.Maloney Health Center. There, she taught students to complete preventive health screenings for uninsured or underinsured individuals in Columbus. Juckett has also taken the lead in organizing occupational therapy division student backpack kits, which contain essential clinical resources for students to use throughout their Ohio State career. She is Safe Zone trained and provides a safe, confidential environment for LGTBQ students. In 2016, she was invited by School of Health and Rehabilitation Sciences students to serve as their pre-commencement speaker.

Juckett has developed expertise in implementation science through her PhD studies in the College of Social Work. She received her BS in health sciences and her MS in occupational therapy from Quinnipiac University. 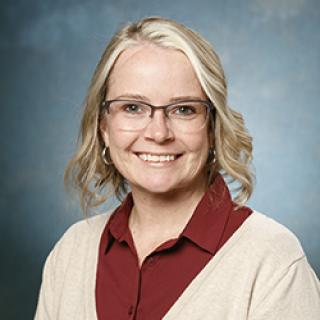 Because of her deafness, Shank engages students using a variety of apps and tools to allow for visual communication. Her expertise, patience and eagerness to engage has earned her praise from students. Outside of the classroom, she routinely works with the Office of Student Life in raising awareness of ASL and deaf culture in university residence halls. Her efforts in this regard are making a significant impact on the experience of deaf individuals at Ohio State.

Shank’s outreach activities include sharing her expertise with elementary school students in our community. She received her MA in integrated teaching and learning with a specialization in ASL education from The Ohio State University, her BA with a focus in deaf studies from Metro State University and her AA with a focus in office system specialist from St. Paul Technical College. 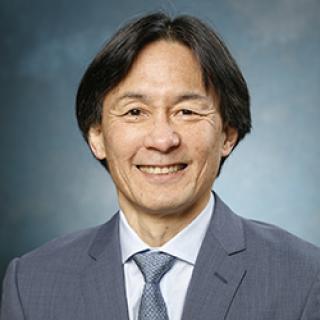 Lecturer, Department of Dance
College of Arts and Sciences

Taketa’s courses focus on movement practice, composition and repertory. He teaches a part of the movement audition for prospective BFA dance majors and is invaluable in recruitment efforts. He is also a sought-after student advisor and serves on the Undergraduate Studies Committee.

Taketa was a New York City-based dance artist from 1982-2015, performing on countless stages throughout the world. He has been a member of more than a dozen dance companies, including the Murray Louis Dance Company, Nikolais Dance Theatre, Lar Lubovitch Dance Company and the Jacob's Pillow's Men Dancers: The Ted Shawn Legacy. He has served on the faculties of Montclair State University, Lehman College, Bates Dance Festival and SUMMERDANCE Santa Barbara; was guest artist at Connecticut College, the University of Iowa and University of the Arts, Philadelphia; and visiting lecturer in the Program in Dance at Princeton University. Taketa holds a BFA in dance theater from the University of Hawaii at Manoa, and is the recipient of a New York Dance and Performance Award (Bessie) for Sustained Achievement in Dancing.