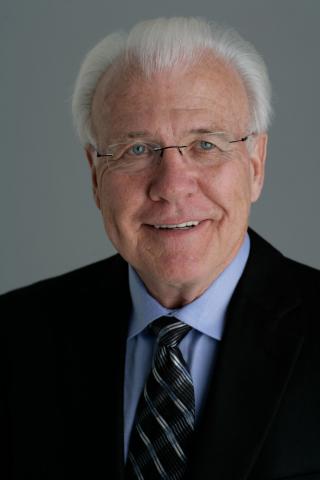 For nearly six decades, George W. Acock, Jr. has been an engaged partner of The Ohio State University. His dedication to the university is evident through his remarkable architectural achievements and his unwavering support for new generations of Buckeyes at the Knowlton School of Architecture (KSA).

Mr. Acock aspired to become an architect from a young age. His pursuit of this ambition led him to Ohio State, where he earned his bachelor’s degree in architecture in 1963. Four years later, he founded Acock Associates Architects, one of the 10 largest architecture firms in the region, where he currently serves as president and principal-in-charge.

Acock Associates Architects has led the transformation of some of the most significant buildings on campus, including Thompson Library, Sullivant Hall and the newly renovated Pomerene Hall. Each of Mr. Acock’s projects exemplifies his devotion to his alma mater and his talent for preserving the grandeur of Ohio State’s most historic buildings.

An accomplished watercolorist, Mr. Acock has donated over 100 of his own watercolor paintings to campus buildings as part of various fundraising activities. He has also dedicated his vast expertise to the boards of several local nonprofit organizations, city commissions and educational institutions.

Mr. Acock received the alumni association’s Professional Achievement Award in 2009 and was named one of “Ten Distinguished Alumni” at the KSA centennial celebration. In 2015, he was elevated to the American Institute of Architects’ prestigious College of Fellows.

He and his wife, Deb, reside in Columbus. 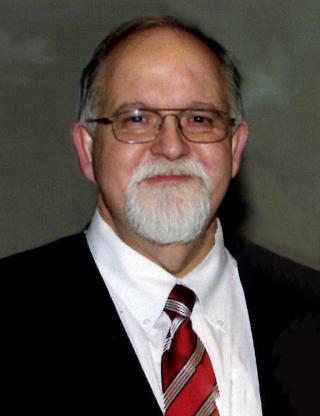 Richard “Rich” Hollingsworth was an exemplary and passionate leader at The Ohio State University. His devotion to enhancing the student experience and promoting leadership development led to the creation of several university-wide initiatives, all of which engage and empower Buckeyes to this day.

Mr. Hollingsworth first joined Ohio State as an undergraduate student nearly 50 years ago. He graduated with a bachelor’s degree in social sciences education before earning his law degree at Capital University. He later rejoined the Ohio State community and served as dean and vice president of Student Life as well as a professor, advisor and mentor for countless individuals.

One of his earliest accomplishments was the creation of the Department of Off-Campus and Commuter Student Services, a program dedicated to enhancing connections between off-campus students and the broader university. Mr. Hollingsworth’s commitment to building constituency-based services extended to other underrepresented populations as well and became integral to the Student Life Multicultural Center. He also led the planning and construction of several campus treasures, including the Ohio Union, the Recreation and Physical Activity Center (RPAC) and a number of residence and dining halls.

At the core of Mr. Hollingsworth’s passion was an intense focus on encouraging students to become the next generation of leaders. He taught several popular courses, led professional workshops and served as an advisor for Ohio Staters Inc., Undergraduate Student Government and the Ohio State chapter of the NAACP. He retired in 2008.

Mr. Hollingsworth shared his passion for Ohio State with everyone he encountered. He consistently challenged himself and others to think critically about leadership and to discover ways in which to enrich the university and the communities it serves. He passed away in December 2018 and is survived by his wife, Elsie Sanchez. 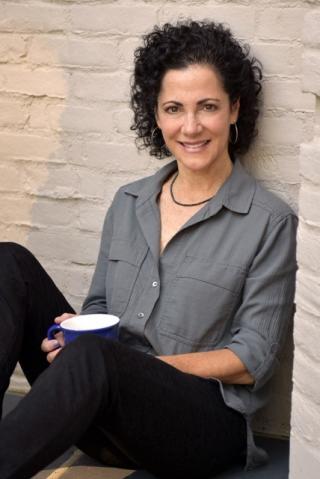 Linda S. Kass is a steadfast advocate for education, literacy and the arts. During her nine-year term on Ohio State’s Board of Trustees, her service and leadership were integral to the university’s commitment to expand access to an excellent and affordable college education. She has continued her service as a director of the Ohio State Foundation Board.

A Columbus native, Ms. Kass earned her bachelor’s degree at University of Pennsylvania, and came back to pursue a master’s degree in journalism at Ohio State. She wrote for several regional and national print publications and worked as a communications and public relations executive in the telecommunications industry in Detroit and New York before returning to central Ohio in 1987.

During her tenure with the Board of Trustees, Ms. Kass served on several notable committees, chairing both the Advancement Committee and the Academic Affairs and Student Life Committee—her engagement on the latter instrumental in the development of the Second-year Transformational Experience Program (STEP). She also co-led a sweeping effort to enhance the university’s marketing, fundraising and engagement activities by aligning key functions to maximize coordination and impact across the enterprise. She served as vice chair of the full board for the last two years of her term.

In addition to her board service, Ms. Kass is a dedicated supporter of countless programs at Ohio State—including several with a particular focus on creative expression. She established the Young Writers Workshop, an immersive week-long program for high school students from Columbus City Schools and other regional districts to live on campus and study with experienced authors, graduate students and alumni. An avid cyclist, she has participated in Pelotonia since its inception.

Highly involved throughout the greater Columbus community, Ms. Kass has held leadership roles with the Bexley Education Foundation, Capital University, the Columbus Symphony Orchestra and the United Way of Central Ohio, among others.

A writer and editor, Ms. Kass is the founding owner of Gramercy Books, an independent bookstore located in Bexley, Ohio just east of downtown Columbus. 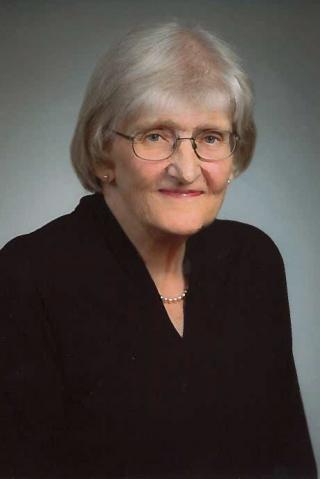 A two-time graduate of The Ohio State University, Katherine “Kitty” Kisker has dedicated her career to fostering a more equitable and accessible higher education system. She has served Ohio State for over five decades as a faculty member, advisor and volunteer leader, throughout which she promoted student success and enhanced the welfare of the campus community.

Ms. Kisker’s relationship with the university began in 1963, when she enrolled as an undergraduate nursing student. After earning her bachelor’s degree in 1966 and master’s degree in 1967, she accepted a faculty position with Ohio State’s College of Nursing in 1968.

In addition to teaching, Ms. Kisker also served as a faculty advisor for many of the university’s premier service organizations, including Ohio Staters Inc. and Mortar Board and serving as the Director of Student Affairs and College Secretary in the College of Nursing. In those roles, she created an empowering environment for students and enabled them to lead the development and implementation of impactful community service projects.

In addition to advocating for students, Ms. Kisker also made significant contributions to academic affairs at Ohio State through her service on dozens of college and university committees. Notably, she coordinated the university’s Committee on Academic Misconduct from 1993 to 2002. During her tenure, Ms. Kisker spearheaded the rewriting of academic misconduct rules to ensure equitable processes for both students and faculty.

Now retired, Ms. Kisker continues to advance the efforts of the university. She serves on the Alumni Advisory Council as a College of Nursing representative and works to raise funds for student scholarships. She lives in Columbus, Ohio, with her husband, Richard, who is also a loyal Buckeye alumnus. 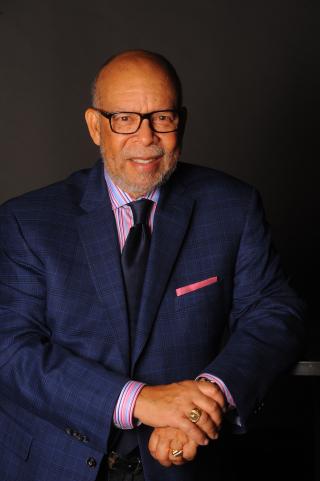 Hailing from the iconic Beale Street in Memphis, Tennessee, Dr. McDaniel’s appreciation for music was evident from the start. His passion shaped his educational pursuits as he went on to earn his bachelor’s degree from Morehouse College in Atlanta, Georgia, and his master’s degree and PhD in music from the University of Iowa.

Dr. McDaniel brought his expertise to Ohio State in 1981, holding joint faculty appointments in the School of Music as director of jazz studies and in the Department of African American and African Studies, where he served as department chair from 1989 to 1996. He worked tirelessly to promote a culture of inclusion and respect, and served as a mentor and advocate for his fellow faculty members.

He also served as director of the Ohio State Jazz Ensemble for 25 years. Under his leadership, the ensemble toured internationally at several of the most prestigious jazz festivals in Europe. His students have gone on to hold significant positions in some of the most respected bands, while others have written for major productions in film and television.

An influential composer-arranger in his own right, he has written over 200 arrangements for jazz and marching bands, including compositions for The Ohio State University Marching Band. In 2011, he served as the music conductor for the dedication of the Martin Luther King Jr. Monument in Washington, D.C. 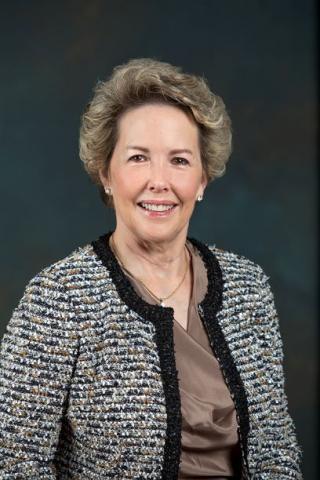 Since 1978, Dr. Gifford Weary has consistently strengthened the expertise and resources of The Ohio State University’s Department of Psychology, elevated the prominence and prestige of the College of Arts and Sciences and bolstered academic and research excellence to international acclaim.

She received her bachelor’s degree in psychology from the University of Kansas and earned her master’s and doctorate degrees, also in psychology, from Vanderbilt University. After completing a clinical internship at Columbia Presbyterian Medical Center, she brought her talents to Ohio State, where she quickly ascended through the ranks to become a tenured faculty member and lead the Department of Psychology.

As a former director of the Graduate Training Program in Social Psychology, Dr. Weary mentored and championed her students. She served enthusiastically on the thesis committees and fostered academic success, broadly. She received the university’s Distinguished Scholar Award in 1984 and the Distinguished Lecturer Award in 2000.

Dr. Weary retired as dean of Social and Behavioral Sciences in the College of Arts and Sciences in 2014. Today, she is professor emeritus of psychology and a member of The Ohio State University Foundation Board of Directors, for which she chairs the Directorship and Nominating Committee. Her connection with students remains central to her efforts as she further integrates their voices and experiences into the board’s outreach and decision making.

Dr. Weary and her husband, David Angelo, are generous supporters of the university. Through an endowment from the Weary Family Foundation, they established the Robert K. and Dale J. Weary Chair to recruit world-renowned social psychologist Dr. Steven Spencer to Ohio State. A dedicated member of the prestigious Oval Society, Dr. Weary also supports Women & Philanthropy to advance the university’s impact on individuals and organizations vital to Buckeye Nation.