Three faculty members have been named Distinguished University Professor, the highest faculty honor at The Ohio State University. Following the recommendation of Executive Vice President and Provost Bruce A. McPheron, the Board of Trustees formally conferred this to three exceptional individuals: 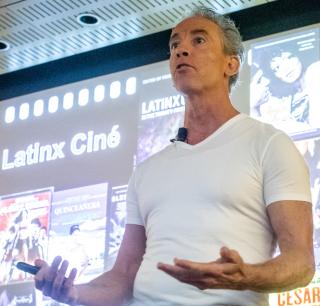 Adjunct Professor and Jacob & Frances Sanger Mossiker Chair in the Humanities, University of Texas at Austin

Frederick Luis Aldama is the Jacob & Frances Sanger Mossiker Chair in the Humanities at the University of Texas, Austin, and holds an adjunct professor appointment at The Ohio State University.  He is the 2019 recipient of the Rodica C. Botoman Award for Distinguished Teaching and Mentoring and the Susan M. Hartmann Mentoring and Leadership Award. He is the award-winning author, co-author and editor of 40 books. In 2018, Latinx Superheroes in Mainstream Comics won the International Latino Book Award and the Eisner Award for Best Scholarly Work. He is editor and coeditor of 8 academic press book series as well as editor of Latinographix, a trade-press series that publishes Latinx graphic fiction and nonfiction. He is creator of the first documentary on the history of Latinx superheroes in comics (Amazon Prime) and co-founder and director of SÕL-CON: Brown & Black Comix Expo. He is founder of the Obama White House award-winning LASER: Latinx Space for Enrichment & Research, as well as founder of the Humanities & Cognitive Sciences High School Summer Institute. 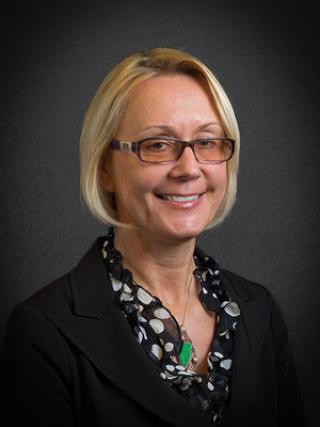 Dorota A. Grejner-Brzezinska is Ohio State's vice president for knowledge enterprise, a University Distinguished Professor, and the Lowber B. Strange Endowed Chair in Engineering. She is also a professor in the Department of Civil, Environmental and Geodetic Engineering. She recently served as the Associate Dean for Research in the College of Engineering and the Senior Associate Vice President for Research, Corporate and Government Partnerships.

She is also a Director of the Satellite Positioning and Inertial Navigation (SPIN) Laboratory. Her research interests cover GPS/GNSS algorithms, GNSS/inertial and other sensor integration for navigation in GNSS-challenged environments, sensors and algorithms for indoor and personal navigation, image-based navigation using artificial intelligence (AI) methods, and mobile mapping. She published over 350 peer reviewed journal and proceedings papers, numerous technical reports and five book chapters on GPS and navigation, and led nearly 60 sponsored research projects with the total budget of over $30mln.

Dr. Grejner-Brzezinska is a member of the National Academy of Engineering (NAE), Fellow of the Institute of Navigation (ION), Fellow of the Royal Institute of Navigation (RIN), and the recipient of the 2016 ION Johannes Kepler Award, the 2005 ION Thomas Thurlow Award, the 2005 and 2015 United States Geospatial Information Foundation (USGIF) Academic Research Award, and the 2018 International Association of the Institutes of Navigation (IAIN) John Harrison Award. She served as President of the Institute of Navigation (2015-2017), and President of the International Association of Geodesy (IAG) Commission 4, Positioning and Applications (2011-2015), and is an IAG Fellow. She currently serves as Principal Investigator for the NSF Engineering Research Visioning Alliance (ERVA) and is a member of the National Space-Based Positioning, Navigation, and Timing (PNT) Advisory Board and served on the U.S. President’s Council of Advisors on Science and Technology (PCAST).

Dr. Brzezinska holds an M.S. and a Ph.D. in Geodetic Science from The Ohio State University, and an M.S. in Surveying Engineering and Land Management Systems from the University of Warmia and Mazury, Poland. 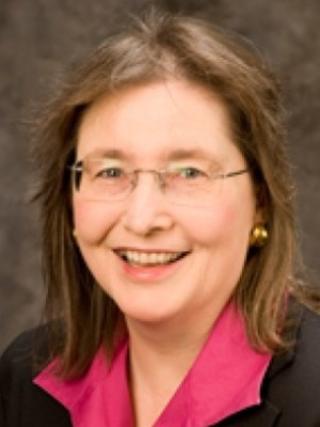 After graduation, Professor Merritt clerked for Judge (now Justice) Ruth Bader Ginsburg on the Court of Appeals for the District of Columbia Circuit and for Justice Sandra Day O’Connor on the Supreme Court of the United States.

Professor Merritt practiced law in Atlanta and joined the law faculty at the University of Illinois in 1985. She served there as professor of law, professor of women’s studies, advisor to the Joint JD/MD Program, and associate dean for academic affairs before moving to Ohio State, where she accepted the Drinko Chair in 1995.

Professor Merritt has published widely on issues of equality, affirmative action, federalism, health and technology, legal education, tort reform, and law and social science. Much of her work has focused on public policy issues, and she has made numerous presentations to judges, legislators, and other policymakers. In 2009, the United States Supreme Court invited her to defend the lower-court judgment in Reed Elsevier v. Muchnick, a prominent copyright class action. Professor Merritt also has co-taught courses in Europe with both Justice Ginsburg and Justice O’Connor.

In December 2008, Professor Merritt and her Moritz colleague Professor Ric Simmons published Learning Evidence: From the Federal Rules to the Courtroom, a text that offers a new pedagogy for teaching the basic Evidence course. A comprehensive teacher’s manual and website, www.merrittevidence.com, complement the book. The book is now in its fourth edition, and West has created a full series, the Learning Series, based on the Merritt and Simmons model.

From 2017—2019, Professor Merritt served on the ABA’s Commission on the Future of Legal Education. Her current research focuses on identifying the knowledge and skills that new lawyers need to serve clients effectively in practice, as well as on the pedagogies and workplace structures needed to develop that competence. She is the co-principal investigator on a nationwide empirical study of new lawyers’ work, Building a Better Bar.

This permanent, honorific title includes automatic membership in the President’s and Provost’s Advisory Committee. In addition, the Office of Academic Affairs designates a one-time cash award of $30,000 to be used for scholarly work.

This program has a rigorous selection process that begins each August. The Office of Academic Affairs sends a call for nominations to recommend faculty for this honor. Department chairs, school directors or faculty awards committees forward their nominations to their college deans. Deans develop a college review process, solicit support letters nationally and internationally and forward their final nomination decisions to our office.