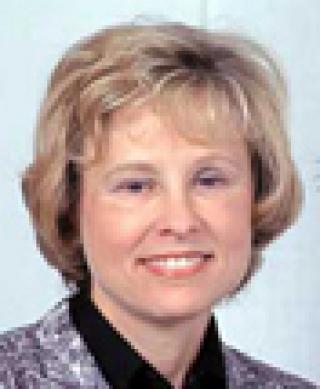 “Barbara Andersen is an individual who is recognized internationally for her outstanding and pioneering contributions to the field of psychosocial cancer research,” wrote Francis J. Keefe, professor of psychiatry and behavioral sciences at Duke University Medical Center. “In the early 1980s, Barbara was one of the first psychologists to study how women adjust to gynecologic cancer. ... Overall, her programmatic research is outstanding and serves as the gold standard against which others can be compared,” Keefe wrote.

Susan Folkman, professor of medicine and director of the Osher Center for Integrative Medicine at the University of California at San Francisco, wrote: “Medical educators are just beginning to respond to the public demand for more humane medical care. Work such as Professor Andersen’s is invaluable in these efforts. Just yesterday, the chief of neurosurgery at UCSF called me to talk about some conversations he and I had each had with the widower of a cancer patient. This man kept a detailed log of his wife’s experience during treatment. In reading this log, the neurosurgeon said that he was shocked at the huge impact his actions – which he often deemed trivial – had on this woman’s psychological well-being. He wants to draw on research in this area to initiate an intervention with physicians to increase their sensitivity to the psychological impact of their practices. Medicine is waking up to the fact that psychological well-being is not a trivial outcome of cancer treatments. Professor Andersen’s work will help lead the way to interventions of this sort for diverse cancer populations.”

The Department of Psychology’s nominators, Timothy Brock, professor and chair of the awards committee; and Professor and Department Chair Gifford Weary commended the importance and excellence of Andersen's research, and her outstanding record of graduate education and service during her tenure at The Ohio State University. Andersen received her bachelor’s, master’s and doctoral degrees in clinical psychology from the University of Illinois and joined Ohio State’s faculty in 1989. Her publications include three books and more than 125 empirical and scholarly articles. In 2000, she received Ohio State’s Distinguished Scholar Award.

“This is a wonderful and very unique honor,” Andersen said. “It is also a tribute to the patients, graduate students, staff and my oncology and psychology colleagues who have breathed life into our cancer research. The story of living with cancer is an important one.” 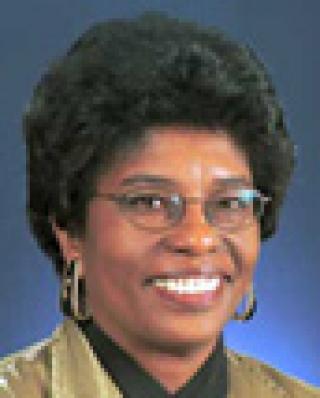 Jacqueline Jones Royster is “nationally known for her ability to give knock-out, engaging speeches,” wrote nominator Valerie Lee, chair of the Department of English. Royster has served as the director of the Conference on College Composition and Communication, the country’s largest consortium for composition and rhetoric.

She is the author, editor or consultant for five books, about 50 articles and reviews and has delivered more than 60 invited keynote addresses and lectures. Her book Traces of a Stream: Literacy and Social Change among African American Women won the prestigious MLA Mina P. Shaughnessy Prize for Best Book in the Teaching of English. And her article, “History in the Spaces Left: African American Presence and Narratives of Composition Studies,” won the Braddock Award for best article in College Composition and Communication in 2001.

Andrea A. Lunsford, former Ohio State professor of English who is professor of English and director of the Program in Writing and Rhetoric at Stanford University, wrote: “It is no exaggeration to say that Jacqueline Jones Royster is one of the most deeply respected scholars in rhetoric and writing studies today. ... Jackie is at once very demanding and very encouraging, and her students fairly flower before this dual gift.

“One of Jackie’s greatest strengths is her ability to engage others. Let me offer one concrete example: a few years ago, Jackie was invited to give one of two keynote addresses at the Rhetoric Society of America conference, which draws a large and diverse group of scholars from English, classics, communications and philosophy. The first keynote speaker, arguably the most distinguished scholar of classical rhetoric in the country, delivered a fine talk, met with appreciation, loud applause and a lively question and answer session. ‘Hard act to follow,’ I thought to myself, glad that I was not the second speaker. Jackie took the microphone late in the second day of the conference; participants were noticeably tired. Then she started speaking slowly and artfully about ‘Sarah,’ the young African woman aboard the Amistad, and she went on to carry out the stunning rhetorical analysis of the role literacy played in this woman’s life. I was sitting near the back of the large room, and I could feel the energy rise; it felt at times as if an electric current were running from row to row. At the conclusion of this speech, Jackie received the only standing ovation I have ever witnessed in 25 years of attending these meetings, and I dare say every person in the audience remembers this talk as vividly as I do today.”

Royster received her bachelor’s degree from Spelman College and her master’s degree and doctorate in English Language from the University of Michigan. She joined Ohio State’s faculty in 1992 as an associate professor and director of the University Writing Center.

Royster will present her lecture during spring quarter 2004. “I am deeply honored by the award and pleased to have been selected,” she said.