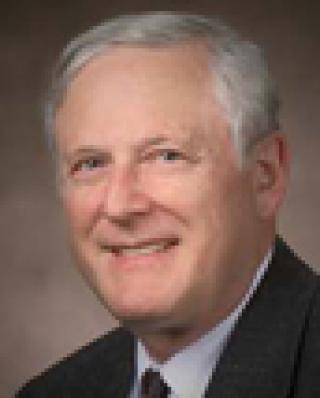 Robert Hamlin "conveys his passion for both teaching and research in his daily activity and especially in his lectures," wrote nominator Michael Lairmore, professor and chair of the College of Veterinary Medicine. "Over the past 40 years he has developed an internationally known reputation in cardiovascular research and as a top educator of students."

Hamlin is a professor, researcher and Diplomate of the American College of Veterinary Internal Medicine and Cardiology, and his contributions to cardiovascular physiology have greatly influenced modern veterinary medicine. His work on electrophysiology of the canine heart and subsequent research in the treatment of heart disease has benefited both man and animal. He is the author of approximately 300 peer-reviewed articles and serves on the editorial board of several veterinary and scientific journals.

Hamlin is an internationally recognized clinician, scholar and lecturer in cardiology, physiology and pharmacology, according to Craig Hassler, manager for safety pharmacology at Battelle Memorial Institute. "He actively applies a 'what is mine is yours' policy, giving freely of his knowledge, opinions and resources through lectures, advice and the loan of whatever is needed."

"There are few individuals who have contributed more to cardiovascular science, but none who have done so with such grace, enthusiasm and humanity," wrote Bruce Keene, a professor of cardiology at North Carolina State University who has known Hamlin for 25 years.

Hamlin received his bachelor's degree in agriculture, his doctorate of veterinary medicine and additional master's and doctorate degrees all from The Ohio State University. Hamlin joined the Ohio State faculty in 1960, and has served as a research fellow at the Cleveland Area Heart Association, the Central Ohio Heart Association and the National Institutes of Health. 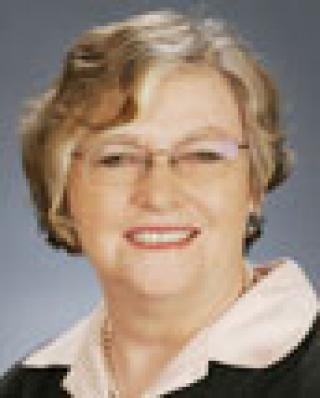 "Barbara Hanawalt is without question, the world's leading scholar of late medieval England," stated nominator Nicholas Howe, a professor in the Department of English at the University of California, Berkeley. "I think of her not merely as an eminent medievalist but as one of the crown jewels of The Ohio State University."

Hanawalt is the author of four important scholarly monographs, one synthetic work aimed at general readers, co-author of a major textbook, editor or co-editor of seven additional books and the author of 45 articles. She was president of the National Association of Social Science Historians and is currently president of the Medieval Academy of America. Her research has covered different topics in social history, including the importance of gender relations, economic history and cultural history.

Department of History colleague Professor James Bartholomew said Hanawalt has long demonstrated a considerable flair for reaching beyond the audience of professional specialists. "Her book, The Middle Ages: An Illustrated History, is a model of charm and wit," he said.

"Her own research has contributed greatly to our understanding of diverse social, economic, cultural and gender-related topics," wrote Marjorie McIntosh, Distinguished University Professor also in the Department of History. "Her textbooks are widely used, helping to shape what students across North America are learning and think about the medieval period."

"Telling Stories in Medieval English Courts: Whose Voices Do We Hear?"
Tuesday, April 18, 2006
4:30 p.m.
Wexner Center Film/Video Theater
Reception follows at 5:30 p.m. in the lobby area outside the theater