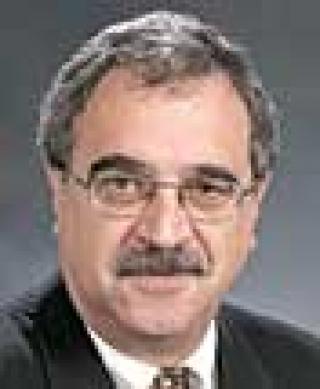 Denlinger has served as chair of the Department of Entomology for more than 10 years, and joined The Ohio State University’s faculty in 1976. He is recognized internationally for his discoveries, which have profoundly impacted agriculture, the environment and human health.

His research on the tsetse fly, the insect responsible for the sleeping sickness epidemic throughout Sub-Saharan Africa, in particular is most notable. Susan Fisher, professor of entomology, and Casey Hoy, professor and associate chair of entomology, wrote, “Much of Dr. Denlinger’s efforts have been devoted to understanding diapause, the overwintering process of insects similar to hibernation in mammals.” Another nominator wrote, “Denlinger’s credentials are impeccable and his contributions to the field of entomology are legion … [he] can rightly be regarded as the premier environmental insect physiologist of this generation.” Fisher and Hoy added that Denlinger “is the quintessential ‘triple threat’ — one who excels in all aspects of the tripartite academic mission of teaching, research and service.”

In 2004, Denlinger was elected to the National Academy of Sciences, the premier scientific society in the United States. He also has been named a fellow of the Royal Society, the Netherlands Ministry of Agriculture and Fisheries, the Entomological Society of America and the American Association for the Advancement of Science. Additionally, Denlinger serves on three editorial boards, and has been the editor of the Journal of Insect Physiology since 1993.

About being selected as a Distinguished University Professor, Denlinger said, “I have appreciated the recognitions that I have received from outside organizations throughout the years. But, being awarded this honor at my own university is very special and meaningful to me, and I’m grateful.”