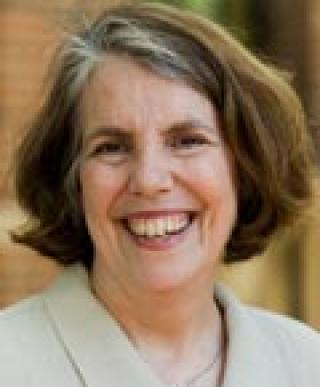 During her time as dean of the College of Biological Sciences, Joan Herbers was a tireless advocate for enhancing the diversity of the faculty, staff and student populations in the STEM colleges. She’s an advocate for all elements of diversity, but is passionate about changing institutional cultures to make university careers more attractive to women.

“There appear to be real barriers that discourage women PhDs from pursuing academic careers, but Joan has been effective at OSU and nationally in the movement to identify and overcome those barriers,” one nominator wrote. “Her efforts are paying off both locally and nationally.”

Herbers is president-elect of the Association of Women in Science, the nation’s premier institution dedicated to the training, professional climate and professional development of women scientists. She also is principal investigator of a $3.6 million NSF Advance Grant to not only study but also to initiate transformation of the institutional climate for women and minorities in the STEM disciplines.

Herbers received her PhD and master’s degree from Northwestern University, and joined Ohio State in 2002 after previously serving as chair of biology at Colorado State and associate dean of the graduate college and professor of zoology at the University of Vermont. Her research focuses on the evolution of social organization, and her primary teaching areas are animal behavior, ecology and evolution.

“As a scientist who is able to appreciate the value of diversity in nature, it is perhaps no surprise that Joan is one of the university’s great champions of diversity,” another nominator wrote. We are fortunate to have such a dynamic and forward-thinking diversity proponent in our midst.” 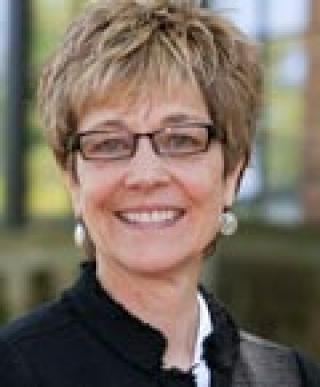 When The Advocate, a national magazine for the gay, lesbian, bisexual and transgendered community, named The Ohio State University one of its 20 best universities for GLBT students to attend, it was in large part because of the efforts of Debra Moddelmog.

“Debra has built a consistently strong record of promoting diversity throughout the university,” a nominator wrote. “She has extended herself in so many ways to make our university a place where women, GLBT individuals, racial minorities and people with disabilities can thrive.”

Moddelmog, who received her PhD from Penn State, is a professor of English whose most visible and sustained accomplishment regarding diversity is her development of the interdisciplinary program in sexuality studies. The program became an undergraduate minor in 2002 and was introduced as a graduate interdisciplinary specialization in 2006.

She also helped establish and administer the College of Humanities’ mentoring program for untenured faculty of color during her time as associate dean of the college — an effort to improve the retention rate of faculty of color by improving the working environment.

And now she has taken the lead to organize chairs and coordinators of other identity-based departments or programs here in an effort to improve collaboration and communication, and perhaps even create a multidisciplinary center to study the dimensions of identity, diversity and culture.

“In truth, Professor Moddelmog probably deserved this honor the first year it was awarded at Ohio State,” another nominator wrote. “I can think of no other colleague who has so meaningfully demonstrated a significant commitment to enhancing diversity here.” 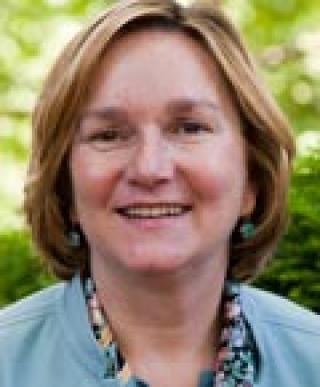 The body of work compiled by Lucy Murphy and Dick Shiels has made Ohio State, particularly the Newark Campus, a beacon for interdisciplinary, interracial and transcultural scholarship. Their work inspires both students and faculty of American Indian heritage and creatively brings together scholarly research, community interest and public education.

Both professors in the Department of History at Ohio State Newark, Shiels is director of the Newark Earthworks Center and Murphy is a member of the center’s Faculty Oversight Committee and director of the associated oral history project that has collected more than 100 interviews related to the earthworks and the indigenous population.

“Both Lucy and Dick are effective teachers, productive scholars and successful administrators,” a colleague wrote. “Their promotion of diversity on behalf of Ohio State students and the Native American community and their engagement with schools, citizens, archaeologists and such agencies as the Ohio Historical Society, the National Trust for Historical Preservation and the National Park Service are extraordinary and exemplary.”

The Newark Earthworks is an astounding complex of earthen walls and enclosures built 2,000 years ago, most likely for ceremonial purposes, and once covered an area of four square miles. In 1999, it was included on a list of the 70 wonders of the ancient world.

“Dick and Lucy’s work has significantly advanced dialogue about a site that has become an important resource for a diverse collection of social groups,” a nominator wrote. “The resulting exchange of ideas has increased awareness of the Newark Earthworks and its relevance to Native American history and the lives of Native Americans currently living in the region.” 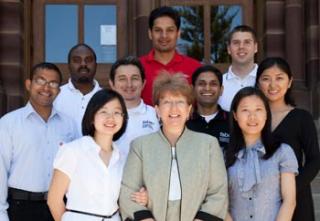 About two-thirds of the graduate students enrolled in the Department of Food, Agricultural and Biological Engineering (FABE) come from outside the United States, but until the FABE Graduate Student Organization (FABE GSO) was formed in 2005, there was little cohesiveness or communication among the students of different nationalities.

Since its inception, however, the FABE GSO has, according to one nominator, “melded students from more than a dozen countries and ethnicities together into a close-knit, multicultural ‘community of students’ that gives each one of them individually a place to turn in times of trouble and success during their graduate studies.”

The FABE GSO has instituted a student mentorship program, assigning each new student in the program his or her own mentor to impart, from a peer’s perspective, information about departmental rules, courses, housing, banking — anything a student new to the area may need. The organization also holds monthly international potlucks where members learn about the other cultures represented in the group.

Citing the non-native English-speaking background of most of the department’s graduate teaching associates, the FABE GSO brought forward a TA development program that has obtained a Faculty and TA Development seed grant in 2008 that has already begun to produce positive results.

“Our graduate students are a main source of providing a supportive and healthy environment as well as a diverse social life,” another nominator wrote. “As you may guess, retention of graduate students is not a problem in this department, and the success of this effort is one reason we are honored by US News & World Report as one of the top 10 agricultural engineering departments in the nation.” 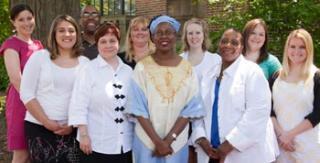 Ohio State students with disabilities have a powerful ally as they level the playing field made uneven by their disability.

The Office for Disability Services (ODS) has been committed to providing equal access to students with disabilities and to raising cultural awareness of disability as diversity for its entire 35-year existence. The office formed here, in fact, before such services were federally mandated, and still goes above and beyond any minimum regulations in advocating for its students.

“A main responsibility for counselors at ODS is providing advocacy to their students,” a nominator wrote. “Not only do they advocate on their students’ behalf, serving as liaisons between the students and faculty members, but they also work to equip their students with the tools to become better advocates for themselves.”

The office serves more than 2,000 students on an annual basis — providing services for disabilities ranging from ADD/ADHD to autism spectrum disorders to hearing or vision impairment (among many).

The team of counselors, however, also works within the university to create a greater sense of belonging for students with disabilities within the university community. ODS staff, for example, serve as advisors to Unity, a student group that promotes disability awareness and education; and to Sports FUSION (Finding Unified Sports In OSU’s Networks), which provides students both with and without disabilities the information, opportunities and accommodations to fully participate in recreational programs at Ohio State.