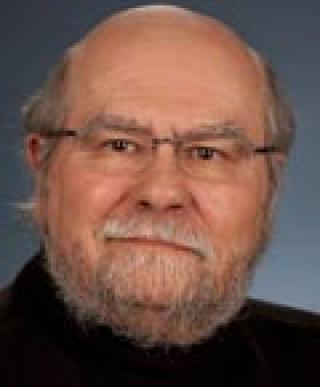 Whether it is chairing the University Senate Fiscal Committee or lending his expertise to the design teams for the Biological Sciences greenhouses, Aronoff Laboratory and Jennings Hall, Ralph Boerner has continually found beneficial ways to help move the university forward.

Boerner also serves on the committee tasked with reviewing the structure of the Colleges of the Arts and Sciences, an admittedly high-pressure process. “Ralph had a lot to do with our continued camaraderie,” wrote a colleague on the committee. “Throughout our deliberations, he set the perfect tone, listening attentively, arguing thoughtfully and interjecting humor at just the right moments so as to keep things running smoothly.”

“When the task is really important, even though his plate is already full, even though he has a hundred good reasons to say no and even though I feel guilty for asking, I can always count on Ralph to step up,” a nominator wrote. “Furthermore, I can depend on him to do a fine job.”

Boerner, who came to The Ohio State University in 1980, was honored in 1995 as a Fellow of the American Association for the Advancement of Science. In 2007, he was awarded the Outstanding Career Service Award by the Soil Ecology Society.

He received his bachelor’s from SUNY College at Cortland, his master’s from Adelphi University, and his doctorate from Rutgers University. 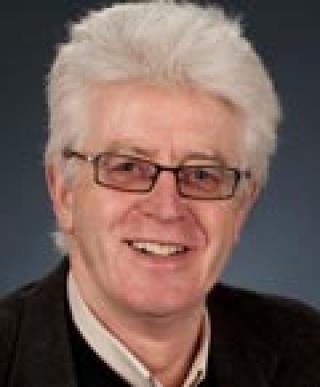 Anthony Mughan hasn’t shied away from being an agent of change for the better at Ohio State, building a career of commitment to faculty, students and the university as a whole. Shortly after he joined Ohio State’s faculty in 1988, he was elected to University Senate and quickly undertook some of the more arduous committee assignments, eventually chairing the Faculty Compensation and Benefits Committee (FCBC) as well as the Committee for Academic Freedom and Responsibility.

That was only his first stint. He left to accept an appointment as director of the Undergraduate International Studies Program in 1994, working to increase study abroad and other international education opportunities for students—work he continues today.

“Under Tony’s leadership, the Undergraduate International Studies Program has grown and flourished, becoming one of the most desired undergraduate majors,” one nominator wrote. “He has added new geographic and thematic tracks, whereby ensuring the relevance and dynamic aspect of the international studies major to current and future generations of Ohio State students.”

Mughan returned to the senate in 2005 and was elected to the Steering Committee, which deals with the overall business of the senate in concert with university administration. He became chair in 2007. He also has served on review committees for the Fulbright and Francille Firebaugh Study Abroad scholarships.

“There is no issue too intense for Tony,” another nominator wrote. “He is willing to undertake any challenge, and does so with personal integrity and without fear of personal consequences. He is equally prepared to knock heads with university leadership or with fellow faculty as the situation warrants.”