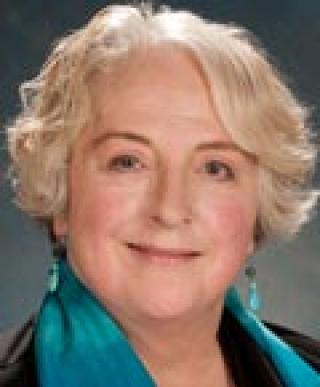 It would be difficult to imagine a faculty member more dedicated to university service than Marilyn Johns Blackwell.

“Her devotion to her varying leadership responsibilities, and her keen attentiveness to evolving policies and practices on this campus provide clear evidence of the importance of taking university governance seriously and of constantly striving to make this a better institution,” wrote one of her colleagues on University Senate.

With the exception of short mandatory breaks, Blackwell has been an elected member or alternate on University Senate for the last 20 years. She has served two terms as chair of Faculty Council and one as chair of the Steering Committee. She has served on the Council on Academic Affairs and for 10 years on the Committee on Academic Freedom and Responsibility, including four terms as that committee’s chair, and has served on numerous important ad hoc senate committees. She’s also been a member of the Arts and Sciences Faculty Senate and has led several committees in the Department of Germanic Languages and Literatures, and has chaired the department’s Promotion and Tenure Committee since 2006.

“Marilyn has always been a model to me in her service — the devotion, enthusiasm and energy with which she carries it out is remarkable and the convictions that guide her steadfast,” another colleague wrote. “It is perhaps for this reason that Marilyn Blackwell has been so successful in guiding important changes and maintaining excellence and high standards at The Ohio State University.”

Blackwell earned her master’s degree and doctorate at the University of Washington and has been at The Ohio State University since 1984. 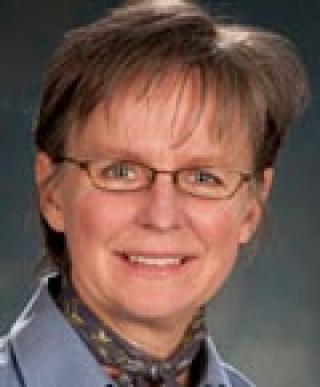 Kay Halasek has spent more than two decades working to make sure students — not just those at Ohio State, but those across Ohio — get the most they can out of their college careers.

“Professor Halasek has established a truly stellar service profile — one that grows out of her deep commitment to improving the educational experiences of students at OSU and indeed across Ohio, and to creating the institutional infrastructure required for student success in all disciplines and at all levels,” a colleague wrote in support of her nomination.

Halasek’s work for students has come at every level as well. Through the Board of Regents, she’s been instrumental in leading numerous statewide efforts — most notably with the Ohio Writing Institute Network for Success — to ensure high school students are prepared for college.

She’s also served extensively with University Senate, including serving seven years on the Council on Academic Affairs (two terms as chair), three years on the Committee on Academic Freedom and Responsibility, a term on the full senate and another year as secretary of the senate and several screening, advisory and other ad hoc committees.
At the departmental level, she’s often called upon to serve on faculty search committees, award committees and curriculum-related committees.

“It always was a pleasure to see Kay’s name on service committees to which I also was appointed,” wrote another nominator, now an emeritus faculty member. “In all aspects of her role as an OSU faculty member, Kay demonstrates commendable service to the university community.”

Halasek earned her master’s degree from Northern Arizona University and her doctorate from the University of Texas at Austin. She has been at Ohio State since 1989. 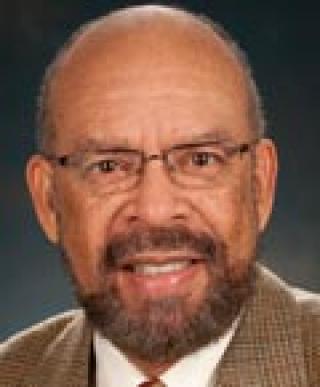 Ted McDaniel’s contributions to Ohio State as far-reaching as they are significant.

McDaniel, frequently sought-after as a contributor to committees, task forces and special projects at every level for the last three decades, he also has served both as director of Jazz Studies (a position he’s held for 25 years) and as chair of the Department of African American and African Studies for seven years in the 1990s, during which he oversaw the name change from the Department of Black Studies).

Among the search committees he’s served  on have been those for executive vice president and provost, dean of University College, and director of the Wexner Center for the Arts. There have been dozens if not hundreds more over the years.

McDaniel also has one service item that few if any other recipients of this award can match: A Distinguished Service Award from the Ohio State Marching Band; he has provided innovative and significant arrangements for TBDBITL’s halftime shows since he joined the Ohio State faculty in 1981.

“In all realms of service — as AAAS department chair, Jazz area head, national clinician, jazz conductor, committee member, jazz arranger and mentor — Dr. McDaniel has a record that is virtually unmatched,” wrote a nominator. “He has given selflessly to the university, his two departments, the college and the profession of jazz studies during a remarkable career as a teacher and scholar.”

Or, in the words of another colleague: “Ted has demonstrated that he is an exemplary citizen of the university who has performed service that matters.”

McDaniel earned both his master’s degree (in 1968) and his doctorate (1974) in music education from the University of Iowa.