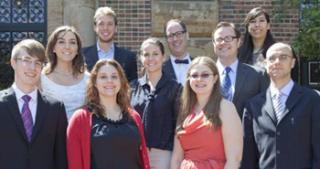 Helen Chamberlain runs a research lab that colleagues say should be used as the best-practice model in STEM education. She uses her research as a teaching tool to encourage undergraduates to pursue careers in the sciences and health professions, and the students involved invariably have found much success of their own: of 12 who have participated in the program, 11 have received year-long scholarships to support their own research; 38 poster presentations have been made at local, regional and national conferences; and four of the five graduated students have been placed in PhD or health professional programs.

Although the program is aimed at all undergraduate students, Chamberlin has made a concerted effort to recruit and retain underrepresented minority students as well as women.

“Dr. Chamberlin is an outstanding scientist and faculty member who devotes an enormous amount of her time and effort to promoting diversity and inclusion in the biological sciences,” a colleague wrote. “Her contributions impact both the prestigious awards that her advisees receive while at OSU and the positions they obtain after graduation.”

Chamberlin promotes diversity in the larger community as well. As associate director of the Mathematical Biosciences Institute (MBI), she passionately advocates for diversity in postdoctoral study and works to recruit underrepresented postdoctoral associates to the MBI. She also initiated and staffed an MBI booth at the Society for Advancement of Chicanos and Native Americans in Science national meeting and represented MBI on the National Alliance for Mathematical Sciences Institute for Broadening Participation.

“Helen is integral to the diversity mission of the MBI,” another nominator wrote. “She has been diligent and effective in ensuring that MBI considers diversity in all its programs.” 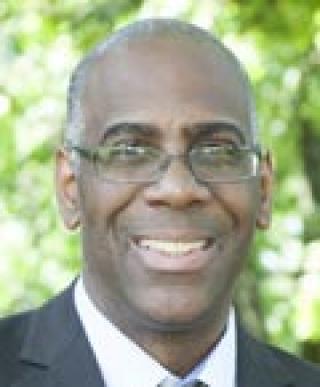 Leon McDougle has dedicated his entire career to the enhancement of diversity by addressing health disparities and inequities at The Ohio State University and on the national stage.

McDougle came to Ohio State as the charter director of the Urban Family Medicine Residency Track, a program focused on training future family physicians to serve underserved populations and communities — for which he developed the curriculum and achieved accreditation as the director until 2006. He currently directs the Medical Careers Pathways post-baccalaureate program, which aims to prepare underrepresented minorities and students from economically disadvantaged backgrounds to be successful in medical school.

“Dr. McDougle has published widely about the impact of diversity enhancement in medical education and he has spoken at many professional meetings,” a nominator wrote. “He has done an outstanding job of providing strong evidence in support of initiatives that will ultimately benefit our underserved populations.”

His impressive national reputation led him to be recruited onto the Association of American Medical Colleges (AAMC)’s Group on Diversity and Inclusion. He has since been elected chair of the group, which serves as a national forum and resource to support the 150 AAMC member institutions in their diversity efforts. His essay for the journal Academic Medicine presenting a case for academic health centers to embrace diversity was selected to be presented at the AAMC’s annual meeting last year. 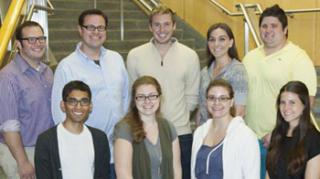 Law school often is referred to as a bubble — an academic unit apart from the greater university where the students are too involved in their studies to have time for any engagement in the larger community.

OutLaws, an organization comprised of students, faculty and staff of the Moritz College of Law, defies that perception. OutLaws promotes understanding of legal issues surrounding the gay, lesbian, bisexual and transgendered communities by reaching out to the broader range of organizations and people to bring substantive events and social engagement across campus.

“OutLaws is not timid about challenging others to examine and re-examine their positions on social issues, encouraging positive social change that starts here at OSU and extends outward, a nominator wrote.

The group sponsors speakers and presentations that educate the community about legal and social issues that relate to the sexual orientation and gender identity; advocates for policy and legal changes that encourage the integration of sexual and gender minorities into the general community; and sponsors social and fundraising activities for members and supporters throughout the year.

“We are fortunate to call the members of OutLaws our fellow students and future colleagues as well as our friends,” another nominator wrote. “The members of the group deserve acknowledgement for their tireless effort to make everyone feel a little more at home and a little more comfortable in their own skin.” 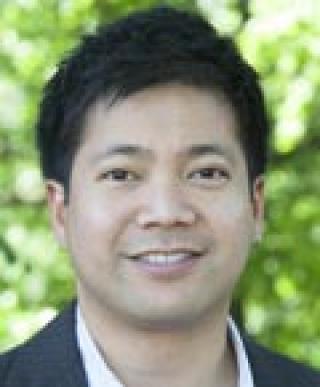 Associate Professor, Department of English
College of Arts and Sciences

In only his first six years at Ohio State, Joe Ponce has made considerable and lasting contributions to diversity as it relates not only to race or gender or sexuality or nationality — but to all of them. And his efforts encompass work in administration, teaching and student mentorship

“Joe’s work exemplifies the belief that one cannot compartmentalize identity or diversity, that we have to consider the full complexity of individuals if we are to if we are to create conditions that will allow them, especially those who have been marginalized in some way, to thrive,” a nominator wrote.

From his arrival at Ohio State in 2005, Ponce played a key role in the Asian American Studies program. He became coordinator of the program in only his second year, taking on the minor’s reconfiguration when he first took it over and again as part of semester conversion. He also serves as academic advisor for the minor.

He’s also played a role in the Sexuality Studies program’s gaining approval as an interdisciplinary major. He not only actively promotes the program, he often speaks and otherwise participates in its events.

His teaching often focuses on Asian American literature, history and immigration as well as their intersection with other ethnic literature, history and immigration. As such, it is not a surprise that he was a co-founder of the Diversity and Identity Studies Collective at Ohio State (DISCO), a collaboration of eight academic programs that focus on diversity and identity. “The growth of DISCO is due in large part to Joe’s vision, commitment and energy,” wrote one nominator. “I have always been impressed by his intellectual contributions of what DISCO might be to do real work in the lives of sexual, racial, national and linguistic minorities on our campus.”