Joshua Dressler is, without exaggeration and by nearly any accepted standard, the country’s leading academic authority in the field of criminal law — and among the leaders in criminal procedure.

“That stature would rank him as a leading figure at any law school in the country or, for that matter, in the English-speaking world,” wrote a colleague in nominating him to become a 2014 Distinguished University Professor.

“It is no exaggeration to say that Professor Dressler is the architect of the current structure of instruction and understanding of the criminal law field in the United States,” a nominator wrote. “The comprehensiveness of his treatment of criminal law and criminal procedure, as well as its foundational nature, makes the full impact of his influence difficult to measure.”

Dressler is one of the most widely cited authorities in his field by other researchers, and he has been selected as editor-in-chief of the most recent edition of the Encyclopedia of Crime and Justice. He also has built the Ohio State Journal of Criminal Law into the top journal in its field.

Dressler also is a gifted teacher. He was named a Distinguished University Lecturer here in 2005 and has been sought out to teach as a visitor at Berkeley, Michigan and Texas, to name only a few. He also has served on countless professional and academic committees and has edited numerous other prestigious publications.

One nominator wrote: “Some great legal scholars tend their own scholarly gardens, burnishing their individual pieces of scholarship for publication in law reviews and books. Others seek influence largely through the production of reference works and casebooks. Yet others invest more of their energy to teaching and institutional service, while still others turn their attention to law reform projects around the world. Joshua Dressler is the rare creature in the legal academy who has had major influence in every single one of those domains.”

Dressler earned his undergraduate and law degrees from the University of California, Los Angeles, and has been at The Ohio State University since 2001. 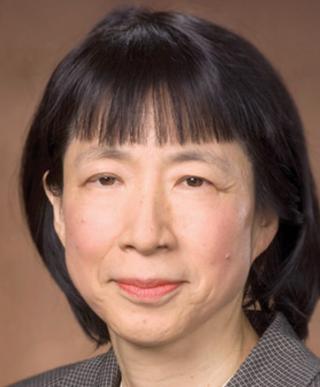 Yasuko Rikihisa is one of the world’s leading authorities on certain tick-borne diseases that infect food- and fiber-producing animals, companion animals and humans. Her work spans the entire range of discovery — from basic research to commercialization — and her efforts have both added to the understanding of many of those diseases and improved products to limit their spread.

“Dr. Rikihisa is the world’s pre-eminent scholar in studies of ehrlichiosis, a life-threatening and economically important global disease of man and animals,” her nominator wrote. “Her scholarship has had broad impact, shifting the direction of research nationally and internationally.”

In collaboration with the Centers for Disease Control and Prevention, Rikihisa cultivated canine ehrlichiosis, or E. canis, and cloned and sequenced some of the outer membrane proteins — information that is critical to the development of effective vaccines — and further demonstrated that these proteins could be used in diagnosing the disease.

In 2000, her outer membrane protein patent portfolio was licensed worldwide. The resulting commercial serum test for E. canis remains the standard of care for the annual parasite screening of animals globally. The test is included in the annual health-screening panel for all dogs. Revenues from licenses of her intellectual property and assets portfolio have made the College of Veterinary Medicine the leading commercialization-producing college at Ohio State for the past five years.

She has more than 250 peer-reviewed scientific papers, 25 book chapters and more than $19.8 million in funding from the National Institutes of Health and other sponsors. She is a member of the National Academy of Sciences and has received Ohio State’s Distinguished Scholar and Innovator of the Year awards.

She also has mentored more than 50 graduate students and postdoctoral researchers at Ohio State and has received her college’s Teaching Excellence Award for Graduate Education. Her former students and postdocs have gone on to some of the most prestigious universities, private companies and governmental agencies in the world.

She has represented Ohio State with her service on numerous editorial boards and National Institutes of Health study sections, and she has served on many high-level committees at the university and college levels, including the Discovery Themes proposal review panel.