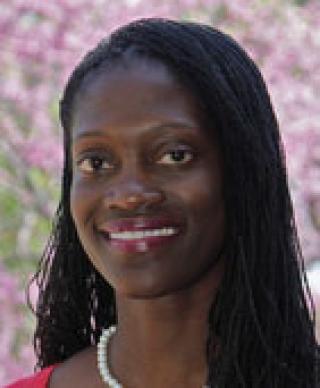 Valerie Kinloch is as dedicated to the enhancement of diversity as she is to her position as the director of Diversity and Inclusion for the College of Education and Human Ecology.

Kinloch collaborates with others to advance quality research, outreach and advocacy efforts for social, civil and educational rights, according to one nominator. Her own research focuses on the social justice and civil rights for marginalized and disenfranchised members of the community, who live in environments that are structured by systemic forms of oppression.

In her DI position, she recruits students from historically underserved populations and works to increase retention rates. To meet the goals of the office, Kinloch revised its mission and initiated a range of programming that would encourage people to think expansively and critically about diversity, equity and inclusion. One of these new programs is the college’s Monthly Faculty and Staff Conversations on Diversity and Inclusion, which her office sponsors.

Outside of the office, she forms partnerships and works to build trust and cooperation within the community. As one nominator writes, Kinloch collaborated with a group of African American high school students to investigate urban gentrification and to produce literacy narratives about unfair community changes. Her research has been published in several books, including Harlem on Our Minds: Place, Race and the Literacies of Urban Youth (2010), which won the outstanding Book of the Year Award from the American Education Research Association.

Kinloch also served from 2008-14 as director for Cultivating New Voices Among Scholars of Color, a two-year mentoring program for advanced doctoral students and junior scholars. More than 30 scholars of color matriculated through the program and became successful outside of the classroom thanks in much part to her guidance. The relationships she cultivates with students have a lasting impact on their personal outlook of the world and themselves. “To me,” a former student wrote, “she is a floodlight casting darkness aside for so many people to become.” 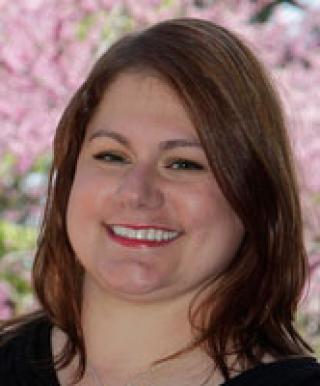 Andee Peabody has become one of the rising leaders in the effort to put away the stigma of disability.

She is involved in Ohio’s STEM Ability Alliance (OSAA), an organization that helps college students with disabilities who are majoring in STEM fields by offering support and guidance to its members. In her first year, she served as vice president and within one year almost doubled student participation.

Peabody is known to believe that everyone develops abilities in compensation for challenges in various areas of their lives, and she encourages the use of those “diverse abilities” through the student organization Momentum: STEM Majors with Diversabilities at OSU.

In 2013 as President of OSAA, Peabody secured funding for the organization when a research grant from the National Science Foundation was expiring. Although her NSF grant proposal was not accepted, she caught the attention of Battelle Able Alliance when she asked for a letter of support for the proposal.

“Her tireless enthusiasm and her compassion, along with a brilliant mind, soon earned her a long-term internship at Battelle,” one nominator wrote. At Battelle, she is a member of the Battelle Able Alliance ERG, where she organizes informational activities to discuss persons with disabilities as an underrepresented minority in science, technology, engineering and math fields.

Peabody was integral in the development and planning of “Building MOMENTUM in STEM Research: A Research Forum for STEM Students with Diversabilities.” Battelle became involved and offered to sponsor the 2014 event, the success of which has been one of Peabody’s greatest accomplishments.

“Without Andee,” a nominator wrote, “Momentum would not be as strong of a student organization as it is today.”