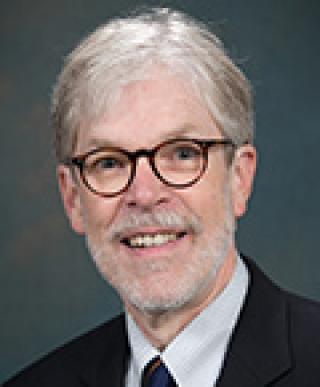 Clark Spencer Larsen is one of the most respected, productive and engaged physical anthropologists working today. He is an internationally known authority on bioarchaeology, with a research focus on the history of the human condition, viewed from the perspective of health, quality of life, adaptation and lifestyle during the last 10,000 years of human evolution.

Larsen co-directs the Global History of Health Project, a large, collaborative effort aimed at creating a worldwide comparative database documenting biological aspects of past health as gleaned primarily from stressors present in skeletal remains. The project is perhaps the best example to date of a worldwide collaboration in academic anthropology, involving hundreds of researchers from Europe, Asia, Africa and Australia.

Since 2009, he has also been co-director of bioarchaeology studies at the monumental site of Çatalhöyük, Turkey. This locality is considered one of the most important Neolithic sites in Europe, occupying a central position in discussions of the development of complex societies.

Complementing these projects is Larsen's ongoing work on the study of prehistoric and colonial sites in southeastern U.S., particularly Georgia and Florida. He continues work in the region and currently focuses on the pre-colonial and early colonial occupations at St. Catherines Island (Georgia).

Larsen is co-director of the Field School in Medieval Archaeology and Bioarcheology at Badia Pozzeveri, in Lucca, Italy, an academic program aimed at training students in archaeological and bioarchaeological field and lab methods.

Larsen has three single-authored books. The first, Bioarchaeology: Interpreting Behavior from the Human Skeleton (Cambridge University Press) set the standard for the field and is widely regarded as the bible of bioarchaeology. His second book, Skeletons in Our Closet (Princeton University Press), introduced bioarchaeology to a more general audience and was widely praised for melding science and history in lively but authoritative prose. Larsen next published an introductory physical anthropology textbook, Our Origins: Discovering Physical Anthropology (W.W. Norton). The book has quickly become one of the leading introductory anthropology texts in the country.

In addition to these solo projects, Larsen has co-authored seven bioarchaeological monographs and a volume illustrating key hominin fossils, an invaluable resource for institutions lacking cast collections. His collaborative work has been featured in Science, Scientific American, Newsweek and the New York Times.

In 2016, Larsen was elected member of the National Academy of Sciences, on of the most prestigious honors an American scholar can receive. He was elected fellow of the American Association for the Advancement of Science in 2006, and recently elected to a second term as council delegate (anthropology) to this prestigious group.

He served as the president of the American Association of Physical Anthropologists (AAPA), the leading professional organization in the field and served as editor-in-chief of the organization's flagship journal, the American Journal of Physical Anthropology. In 2008, the AAPA awarded Larsen the prestigious Gabriel Lasker Distinguished Service Award.

In summing up Larsen's extraordinary contributions to the field and to Ohio State, a nominator said, "Dr. Larsen has been a prodigious scholar, a tireless advocate for the science of bioarchaeology, a model of disciplinary service, a generous mentor and a highly effective administrator who guided the resurrection of a department at The Ohio State University. 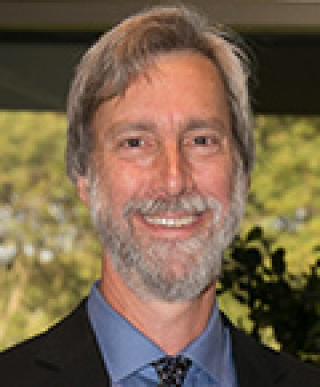 David Weinberg, an observationally oriented theoretical astrophysicist, studies the formation of galaxies and large scale structure and observational probes of the matter and energy content of the universe. He joined Ohio State as an assistant professor in 1995 and became chair of the Department of Astronomy in 2015. He is a founding member of Ohio State's Center for Cosmology and AstroParticle Physics, a joint initiative of the Astronomy and Physics departments.

Nominators and colleagues from Princeton, Berkeley and the UK's Institute for Computational Cosmology, agree: "David Weinberg is one of the most original and creative astrophysicists of his generation—clearly one of the leading lights in the field of cosmology."

They further agree that, "He has made Ohio State's astronomy group a powerhouse of modern astrophysical research. By playing an active leadership role in some of the most influential projects in cosmology in the past decades, by being heavily involved in the most ambitious, upcoming experiments, David has cemented the department's reputation and made it an attractive choice for grad students and postdocs who want access to the hottest areas of the field."

Weinberg has played central roles in some of the world's most ambitious cosmological surveys. He helped design and execute the million-galaxy map of large scale structure by the Sloan Digital Sky Survey (SDSS), and he was elected Spokesperson of the SDSS-II collaboration in 2005. In 2008 he became Project Scientist of SDSS-III, which has made the most precise measurements to date of the cosmic distance scale and the most comprehensive map of chemical elements throughout the Milky Way galaxy. Since 2011 he has served on the Science Definition Teams and Formulation Science Working Group for NASA's Wide Field Infrared Survey Telescope (WFIRST), which will become NASA's flagship astrophysics mission after its launch in the mid-2020s.

Weinberg is co-investigator on the team designing WFIRST's single largest program, an enormous map of hundreds of millions of galaxies that will be used to measure the expansion of the universe and the clustering of dark matter.

It is easy to document his impact. The author or co-author of more than 270 refereed articles, which have nearly 60,000 citations, Weinberg has made the Thomson-Reuters list of most highly cited space science researchers for three years in a row. He has written influential papers on cosmological simulations of galaxy formation, the structure of intergalactic gas, the Sloan Digital Sky Survey, measurements and interpretation of galaxy clustering and observational methods for probing the accelerating expansion of the universe. In 2006, he received the Ohio State University Distinguished Scholar Award, and in 2015, the American Astronomical Society's Lancelot M. Berkeley New York Community Trust Prize for Meritorious Work in Astronomy.

Combining a love of science and art, Weinberg's long-term collaboration with MacArthur Award winning artist Josiah McElheny produced amazing glass sculptures inspired by cosmology. An End to Modernity (2005), The Last Scattering Surface (2006), The End of the Dark Ages (2008), Island Universe (2009) and A Study for The Center is Everywhere (2012). These sculptures have been exhibited in galleries and museums across the U.S. and Europe, including the Wexner Center for the Arts, London's White Cube Gallery, Madrid's Reina Sophia Museum and Boston's Institute for Contemporary Art. Weinberg also served as script consultant for the film, Dark Matter, winner of the Alfred P. Sloan Prize for a science-based feature film at the 2007 Sundance Film Festival. The Dark Matter Rap, his 6-minute historical recap of the dark matter problem, has been a hit with professional colleagues and two decades of undergraduate cosmology classes.