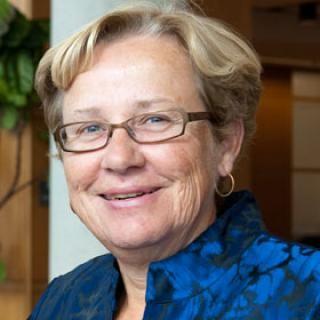 With more than 30 years of dedicated service to The Ohio State University, Dr. Deborah A. Ballam has enhanced the lives of countless Buckeyes in the classroom and beyond – leading efforts to improve gender equity and inspiring positive change.

Dr. Ballam is a four-time Ohio State alumna, having earned her bachelor’s and master’s degrees, Juris Doctor and PhD at the university. Following her graduation from the Moritz College of Law and five years of practicing law, she returned to the university in 1982 as a faculty member at Fisher College of Business.

She has since taught business law and served as associate provost for Women’s Policy Initiatives, director of the Undergraduate Business Administration Honors Program, a member of the President’s Council on Women’s Issues and director of The Women’s Place. Dr. Ballam’s numerous transformative initiatives include the President and Provost’s Leadership Institute and the Staff Leadership Series – both of which encourage women and others from underrepresented groups to pursue roles in academic leadership. She also worked diligently to expand maternity leave for women faculty members at The Ohio State University.

Her research on employment law, business and government has been widely published in peer-reviewed journals, and she has served in many editorial positions, including editor-in-chief at The American Business Law Journal. She is a recipient of the Senior Faculty Award of Excellence from the Academy of Legal Studies in Business, the Fisher College of Business Pace Setters Outstanding Undergraduate Teaching Award, the university’s Distinguished Affirmative Action Award, the Franklin County Women of Achievement Award and many others.

Dr. Ballam’s steadfast dedication to expanding opportunities for women at Ohio State has profoundly improved the university – strengthening the education it provides and ensuring that every Buckeye has a pathway to success. She and her wife, Judy Nantau, have two wonderful children in their lives — their son, David Ballam, and goddaughter, Anya Nelson. 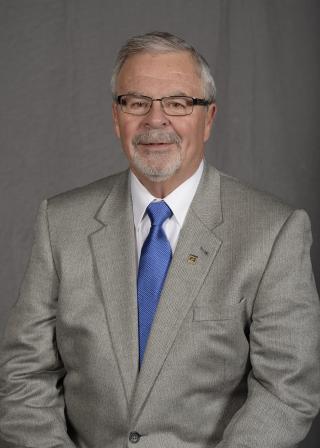 An Ohio native and lifelong supporter of The Ohio State University, Jack Fisher has more than three decades of experience in agribusiness, government and higher education.

After earning his bachelor’s and master’s degrees in animal sciences at Ohio State, Mr. Fisher went on to hold several leadership positions at the university. He is a former member of the Board of Trustees and the alumni association’s Board of Directors. Currently, he is a member of the Buckeye Advocates Program, President’s Club and Animal Science Hall of Fame.

Mr. Fisher’s support for the College of Food, Agricultural and Environmental Sciences (CFAES) has helped realize some of the college’s most transformative advances. He was a principal advocate for the construction of the Nationwide & Ohio Farm Bureau 4-H Center – the first LEED-certified building on the Columbus campus. He also served as co-chair of the CFAES But for Ohio State Campaign Committee, which raised more than $154 million to support vital scholarships and research.

Beyond his contributions to Ohio State, Mr. Fisher was executive vice president of the Ohio Farm Bureau Federation, from which he retired in 2016 after more than 20 years of service. To honor Mr. Fisher’s contributions, the bureau presented him with its Distinguished Service to Agriculture Award and established the Fisher Fund for Lifelong Learning – an educational fund that prepares students for careers in agriculture. He was also deputy director of the Ohio Department of Agriculture and board member for BioOhio.

Mr. Fisher has received numerous accolades for his dedication to Ohio State and the broader agricultural community. He is a recipient of the CFAES Meritorious Service to Students and Distinguished Service awards, The Ohio State University Alumni Association’s Dan L. Heinlen Award and the National Agricultural Alumni and Development Association’s Volunteer Service Award. Additionally, he holds an Honorary State Future Farmers of America (FFA) Degree and an Honorary American FFA Degree, and is an inductee into the Ohio Agricultural Hall of Fame.

Mr. Fisher and his wife, Judy, reside in Columbus. They have three children and eight grandchildren. 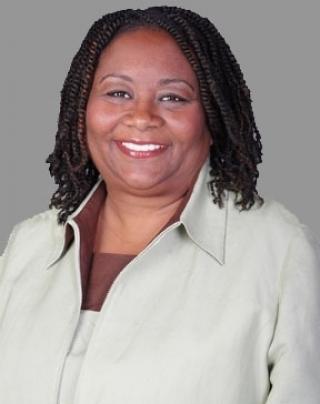 Dr. Valerie B. Lee’s career in higher education spans more than four decades, two institutions and numerous roles in the classroom and academic administration. Through her thoughtful and inspiring mentorship — and dedicated advocacy for equity and justice — she has created new pathways of opportunity for generations of students and scholars.

After earning her PhD at The Ohio State University, Dr. Lee taught for 15 years at Denison University in Granville, Ohio. She returned to Ohio State in 1991 to join the Department of English, where she quickly established a reputation as a committed mentor of students and new faculty. Her unparalleled commitment to teaching was quickly noted, and she was awarded the Alumni Award for Distinguished Teaching just two years after arriving on campus.

The first African American woman to chair the departments of Women’s Studies and English, Dr. Lee worked to broaden faculty diversity and promote the recruitment and retention of underrepresented, low-income students. She later served as vice provost, chief diversity officer and vice president for Outreach and Engagement, where she significantly advanced inclusive excellence at Ohio State. In recognition of these and many other contributions, she received the Faculty Award for Distinguished University Service in 2006.

After a brief retirement in 2015, Dr. Lee returned to the university to serve as interim chair of the Department of African American and African Studies — leading once again with wisdom and excellence. 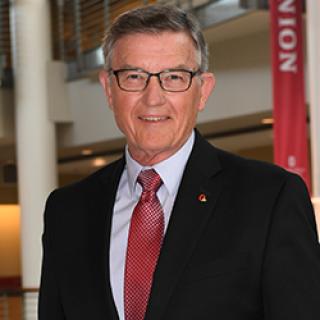 As a former dean of the College of Food, Agricultural and Environmental Sciences (CFAES) at The Ohio State University, Dr. Bobby D. Moser has served the university and the broader agricultural community with unparalleled success.

Dr. Moser earned his bachelor's and master's degrees at Oklahoma State University and received his doctorate in animal nutrition from the University of Nebraska, where he later served as professor. He held his first administrative position as associate dean of agriculture and agriculture extension program director at the University of Missouri.

As dean of CFAES, Dr. Moser was steadfast in his commitment to enhance access and affordability, and cultivate lasting relationships with Ohio communities and local leaders. His legacy also includes expanding science-based learning opportunities, increasing donations and revenue and transforming the university's agricultural facilities into state-of-the-art centers for learning and research — most notably the Nationwide & Ohio Farm Bureau 4-H Center and the Food Innovation Center.

Dr. Moser has received numerous accolades for his exemplary leadership, including induction into the Ohio Agricultural Hall of Fame. In 2005, Dr. Moser was appointed by President George W. Bush and Indian Prime Minister Manmohan Singh to the U.S.-India Knowledge Initiative on Agricultural Education, Teaching, Research, Service and Commercial Linkages.

Loyal supporters of Ohio State for more than 25 years, Dr. Moser and his wife, Pat, established the Pat and Bobby Moser Family Study Abroad Scholarship in 2014. Last year, in commemoration of his service on the W.K. Kellogg Foundation Board, the Mosers and the foundation established the W.K Kellogg Foundation and Bobby Moser Food Security and Sustainability Learning Community at Ohio State. 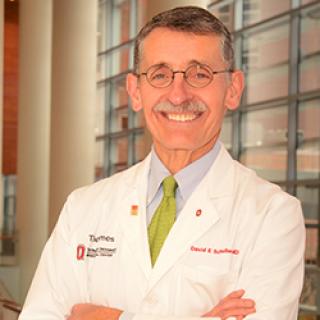 After graduating from Rutgers University and earning his medical degree at Ohio State, Dr. Schuller became a clinical instructor while completing his medical residency. He quickly excelled to become a tenured professor by 1984 and was elected chair of the Department of Otolaryngology — Head and Neck Surgery that same year, a position he held for 21 years.

In 1988, Dr. Schuller was appointed director of Ohio State's Comprehensive Cancer Center (CCC) and CEO of The James. He led the institution to achieve numerous national rankings, creating one of the best human cancer genetics programs in the country. Dr. Schuller was named CEO emeritus of The James and director emeritus of the CCC in 2008 and a distinguished professor at the College of Medicine in 2013.

Dr. Schuller was instrumental in articulating the vision for the 2014 expansion of The James, the largest construction project in Ohio State history at the time. An active member of the James Foundation Board, he helped secure a $100 million grant for the project — successfully integrating patient care with research and education in the third-largest cancer hospital in the country.

Beyond his many contributions to Ohio State, Dr. Schuller represented the university in several organizations, including the Accreditation Council for Graduate Medical Education Residency Review Committee for Otolaryngology; the Council of the American Society of Head and Neck Surgeons; the National Cancer Institute; and the American Board of Otolaryngology.

Dr. Schuller received an Alumni Achievement Award from the Ohio State College of Medicine in 1995 and a Presidential Citation Award from the American Academy of Otolaryngology — Head and Neck Surgery in 1997 and was named International Health Professional of the Year in 2003 by the International Biographical Centre of London, England. In 2012, he was named to the Rutgers Hall of Distinguished Alumni.

Generous supporters for more than 40 years, Dr. Schuller and his wife, Carole, are members of the university's Oval Society and James Leadership Society. They have two children and four grandchildren. 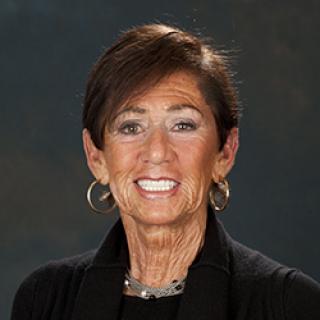 Along with her late husband, Bert, Ms. Wolstein has been a steadfast patron of higher-learning institutions across Ohio, including Cleveland State University and Case Western Reserve University. She has supported numerous academic programs, scholarships and building projects at The Ohio State University, with notable contributions to the Max M. Fisher College of Business and Department of Athletics.

In athletics, Ms. Wolstein developed the Wolstein Leadership Academy, and undergraduate sports program that instills the importance of leadership in student-athletes and prepares them to be influential and positive role models in society. Her generosity also has supported the men's soccer program as well as improvements at Ohio Stadium and the Jessie Owens Memorial Stadium.