The Distinguished Service Award was established by the Board of Trustees in 1952 to recognize individuals who have rendered exceptional service to the university. Awards are not made on the basis of long, faithful, or loyal service alone, but rather for service that is truly distinguished. Recipients of this award have provided a broad spectrum of services to the university in both official and unofficial capacities.
Past Award Recipients 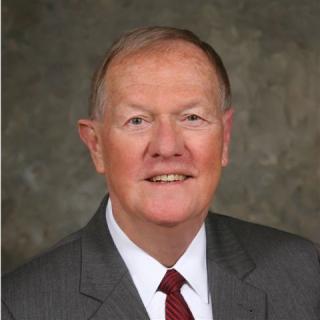 Through passionate advocacy and generous support, Dr. Thomas J. Hall has helped to shape The Ohio State University and brought its mission to life for countless people and families. He is a devoted alumnus and committed volunteer leader whose insights and counsel have especially strengthened the university’s Newark campus and its Stone Laboratory on Lake Erie.

Dr. Hall lives in Newark, Ohio, where he served for two decades as an Emergency Physician at Licking Memorial Hospital. In 2000 he became a Medical Director and later the Ohio Medical Operations Director with Anthem Blue Cross and Blue Shield. Part of his role was to train teams of nurses in the Philippines. When he retired in 2016, he increased his volunteer leadership on behalf of Ohio State.

Dr. Hall has enriched the university and his community through extensive, enthusiastic engagement and service. He served for nine years on the Ohio State Newark Advisory Board, during which time campus enrollment grew 20% and significant new building projects were completed. He was a member of the Newark campus’s Campaign Cabinet for the new John and Mary Alford Center for Science and Technology. His passion for Stone Laboratory — a field station for freshwater biology research, education and outreach — began in 1972 when he spent a summer studying there as a Zoology graduate student. He credits Stone Laboratory with helping shape much of his future life including his decision to attend medical school where he met his wife. He has served as President of Friends of Stone Laboratory, a non-profit group devoted to advancing the program’s mission.

Together with his wife, Dr. Mary Beth Hall, he has been a generous donor to Stone Laboratory and many other areas of the university. Their remarkable philanthropy provides scholarships for Newark campus students and was essential to construction of the John and Mary Alford Center for Science and Technology, which opened earlier this year. Through his support of the Newark campus Pelotonia team he has helped spur essential cancer research at the Ohio State University Comprehensive Cancer Center – Arthur G. James Cancer Hospital and Richard J. Solove Research Institute.

Dr. Hall graduated from the Ohio State College of Medicine in 1976. 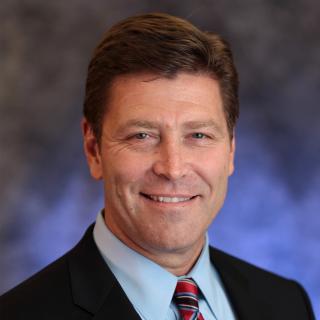 A national leader in higher education, Dr. David Harrison has devoted his career to lifting lives and communities through wider access to education. Since 2010, when Dr. Harrison joined Columbus State Community College as its president, the institution has more than tripled its graduation rate.

Through his effective leadership, the Columbus State team of faculty and staff has developed innovative programs and partnerships with other colleges and universities, corporations and nonprofit organizations. Dr. Harrison was instrumental in creating Preferred Pathway, a program that guarantees transfer admission to Ohio State for Columbus State graduates. This initiative served as the model for the statewide Ohio Guaranteed Transfer Pathway program.

His commitment to educational access and success is expansive. He established Central Ohio Compact, a coalition of K-12 school districts and higher education institutions that helps students complete high school and progress seamlessly through public or private post-secondary education.

Dr. Harrison’s dedication to student success, workforce innovation and civic engagement has elevated Columbus State to national prominence. The college received the 2019 Leah Myer Austin award, a national recognition for community colleges that demonstrate equitable outcomes in student success. His work on equity and institutional partnerships – particularly for first-generation students, students of color and low-income students – led to Columbus State’s recognition as an Achieving the Dream College in 2012. Three years later, it earned the organization’s distinction as a “Leader College.”

Before joining Columbus State, Dr. Harrison served as vice provost for regional campuses at the University of Central Florida, where he created innovative transfer programs linking community college graduates to the university. He has held administrative leadership positions at Sinclair Community College in Ohio and Seminole State College in Florida. 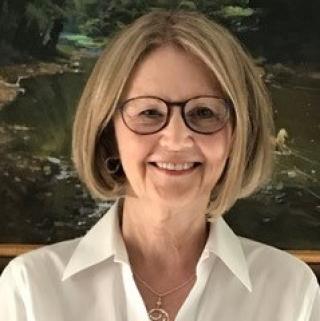 Dr. Carol L. Newcomb is a true pioneer in higher education, responsible for the creation of a range of executive education programs that continue to build leadership and management capacities in Ohio and beyond.

As executive director of executive education at Ohio State’s Fisher College of Business from 1997 through her retirement in 2012, Dr. Newcomb oversaw the development and advancement of several highly ranked programs that engaged professionals in both the private and public sectors. During her tenure, she led the creation of the college’s prestigious Executive MBA, one of Fisher’s highest nationally ranked programs. She also partnered with the Ohio Department of Education to launch the Executive Principals Leadership Academy, providing a customized curriculum for Ohio school principals to build their leadership skills and to enhance the state’s K-12 learning environment.

Dr. Newcomb also advanced the field of executive education through service at the national level. She served on the Board of Directors of the National University Continuing Education Association and was a member of the Executive MBA Council Board of Directors.

Through her volunteer and philanthropic engagement, Dr. Newcomb has strengthened civic discourse and enriched opportunities for women. She has held numerous volunteer leadership positions with the Columbus Metropolitan Club, including serving as chair of its Board of Trustees. Through the E3 program of the United Way of Central Ohio, Dr. Newcomb has mentored several women, providing counsel to help them build successful lives and careers.

At Ohio State, she is on the Board of the Ohio State University Retirees Association and has served as chair of the Women & Philanthropy program.

Before joining Ohio State, Dr. Newcomb served as the executive director of the Center for Management Development at the State University of New York at Buffalo, where she helped develop the Executive MBA program, as well as the Center for Entrepreneurial Leadership.

Dr. Newcomb earned her bachelor’s degree from Iowa Wesleyan College and her MBA and doctorate from the State University of New York at Buffalo.

She and her husband, Dr. Joseph Alutto, have four daughters, three of whom are Ohio State alumni. 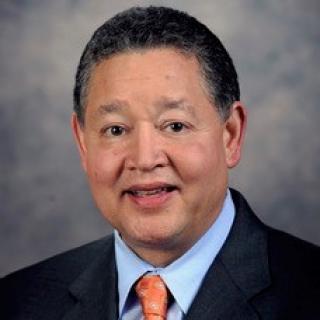 Mr. Ransier’s service to the community is broad, longstanding and profoundly effective. He has served as a board member of the United Way of Central Ohio, The Ohio State University Wexner Medical Center East Hospital, Franklin Park Conservatory, Experience Columbus, Columbus College of Art and Design and Central State University.

As the first board chair of Partners Achieving Community Transformation (PACT), he served for nine years and developed innovative partnerships and programs that are reinvigorating Columbus’ historic Near East Side neighborhood. PACT was founded and funded by Ohio State, the city of Columbus and the Columbus Metropolitan Housing Authority.

The organization is creating a healthy, financially and environmentally sustainable community where residents have access to safe and affordable housing, quality health care and education and employment opportunities.

Mr. Ransier is a retired partner at the law firm Vorys, Sater, Seymour and Pease, where he served in the bankruptcy practice and the government affairs and lobbying group. Prior to joining Vorys Mr. Ransier practiced with his wife and law school classmate, Kathleen, as Ransier & Ransier for 26 years.  He is a member of the national, Ohio and Columbus Bar Associations, the American Bankruptcy Institute and the National Association of Bankruptcy Trustees. 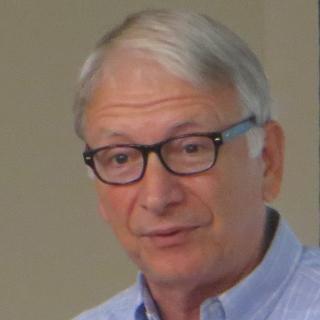 Mr. Bill Shkurti is an accomplished author and recognized expert in public sector budgeting, economics and finance. Widely respected as a wise and principled leader, he has devoted his life to serving Ohio State and the state of Ohio, using budgets as instruments to achieve policy objectives and improve lives.

Much of Mr. Shkurti’s exceptional service has been during times of dynamic change. He led Ohio State’s Office of Business and Finance for 20 years before retiring in 2010. During those transformative decades in public funding for higher education, his leadership was vital to increasing the university’s academic distinction through a strong, strategic funding model.

Mr. Shkurti’s remarkable effectiveness emerged, in part, from his deep understanding of the state’s budget process. Before joining the university, he served as chief of staff to the chair of the Ohio Senate Finance Committee and director of the Ohio Office of Budget and Management.

An Akron, Ohio, native and the first person in his family to go to college, Mr. Shkurti graduated from Ohio State in 1968 with a bachelor’s degree in economics, with distinction. He then served as an Army artillery officer in West Germany, Vietnam and the United States before returning to Ohio State to earn a master’s degree in public administration.

In 1988, Mr. Shkurti returned to Ohio State as the first Enarson Scholar in Residence in what was then the School of Public Administration. He remains active as an instructor at the John Glenn College of Public Affairs.

He and his wife, Renee, also an Ohio State graduate, live in Upper Arlington, Ohio.