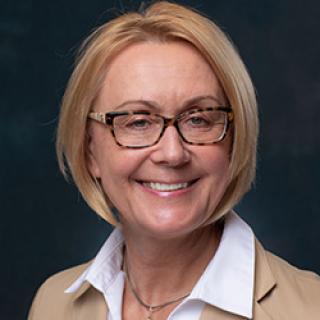 One colleague stated, "Professor Brzezinska has had a vital and lasting impact on satellite navigation for more than 20 years. She has established an impressive research group at The Ohio State University that is recognized around the world for their work on geodesy, surveying and precise positioning using GNSS."

She is a Fellow of the Institute of Navigation (ION), the International Association of Geodesy and The Royal Institute of Navigation. She received The Johannes Kepler Award from the ION, and is a recipient of the United States Geospatial Intelligence Foundation Academic Achievement Award and Research Achievement Award. She is the first woman recipient of the prestigious ION Thurlow Award, and the International Association of the Institutes of Navigation John Harrison Award.

Brzezinska received MS degrees from the Agricultural and Technical University of Olsztyn, Poland and from The Ohio State University, and her PhD from Ohio State. She joined the university's faculty in 1999. 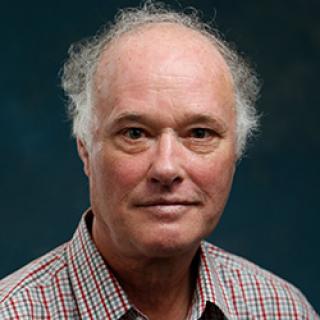 Professor, Department of Biological Chemistry and Pharmacology
College of Medicine

Arthur Burghes is an internationally recognized medical research scientist. His nearly four decades of groundbreaking research on the molecular genetics and biochemistry of neuromuscular disorders has substantially changed the way patients are diagnosed and treated. His research on spinal muscular atrophy (SMA) and Duchenne muscular dystrophy (DMD) has moved the field through from gene discovery to tangible changes in the diagnosis and management of these disorders, prolonging survival, improving motor functions and converting debilitating muscle weakness diseases to ones that ultimately can be cured. In addition, his work in forming the international spinal muscular atrophy meeting has driven the field forward and allowed for the rapid exchange of ideas between all areas of SMA research.

One colleague states, “Throughout his career, Dr. Burghes has been an exemplary and tireless driving force in the SMA field. In addition to being at the forefront of SMA research, he is a leader in scientific conferences and a catalyst of scientific exchange and collaborations. He is one of the most highly recognized world authorities on molecular mechanism of SMA and related diseases.”

Another said, “From strategies to identifying the SMA gene to developing pre-clinical tools to treat the disease, Arthur’s contributions in the area have been second to none. Indeed, there would be few who would contest the assertion that Dr. Burghes has been the single most influential person in the field of SMA biology since the early 90s.”

Burghes’ research has been published in prestigious journals including Nature, Nature Genetics, Nature Biotechnology, Nature Neuroscience, Science and in The New England Journal of Medicine. He serves on the Scientific Advisory Boards for Families of SMA, SMA Europe and Neuromics. 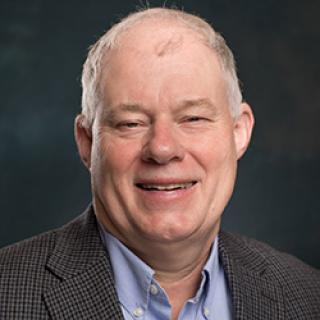 Professor, Department of Evolution, Ecology and Organismal Biology
College of Arts and Sciences

H. Lisle Gibbs is a renowned scholar in the field of molecular ecology. He has pioneered the use of molecular genetic tools to answer fundamental questions in ecology, evolution and biodiversity conservation. His contributions include insights into how natural selection operates, how adaptations in wild organisms become established at the molecular level and how to best manage and protect endangered species. His work has advanced basic scientific knowledge and greatly expanded scientific research capacity through inspired teaching, student training and international collaborations.

One colleague states, “I regard him as one of the leading molecular ecologists, both nationally and internationally. His body of work is among the most consistently high quality and innovative of any researcher of his rank. Lisle has pushed the boundaries in the field of molecular ecology for the past 25 years. His work integrates the latest technical and analytical approaches and applies them to diverse vertebrate species of relevance to science and society.”

Gibbs' research has resulted in publications in prestigious journals such as Nature, Science, Proceedings of the Royal Society, Series B and Molecular Ecology. His research has been supported by the National Science Foundation, the National Institutes of Health, the US Fish and Wildlife Service and the Ohio Division of Wildlife.

He received the American Society of Naturalists Young Investigator Award, is an elected Fellow of the American Association for the Advancement of Science, a Fellow of the American Ornithologists Union and a U.S.-Brazil Fulbright Fellow. He is the founding and current director of the Ohio Biodiversity Conservation Partnership between Ohio State and the Ohio Division of Wildlife, whose goal is to use the research expertise of Ohio State researchers to provide scientifically-based advice for managing Ohio's endangered species.

Gibbs received his BSc from Queen's University, Canada, and his MS and PhD from the University of Michigan. He joined Ohio State's faculty in 2001. 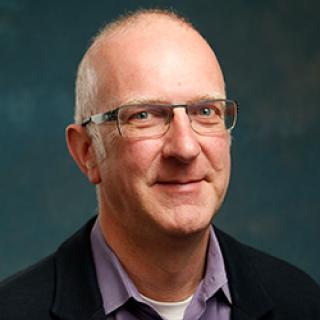 Professor, Department of Microbiology
College of Arts and Sciences

Michael Ibba is a world leader in molecular biology and microbiology. He has made seminal contributions to the fundamental understanding of how information encoded in DNA is accurately translated into proteins. His groundbreaking work on translational quality control and the importance of genetic code errors for survival has far-reaching implications in fields ranging from antibiotic resistance, to infectious disease, to human disease and drug discovery and production.

One colleague stated, “He has established himself as an international leader in the tRNA and aminoacyl-tRNA synthetase fields, not only making important contributions to traditional problems, like fidelity and synthetase complex formation, but also breathing new life into areas like mitochondrial diseases, tRNA-mediated lipid remodeling and effects of mistranslation on cell physiology. I rank Dr. Ibba near the very top of the tRNA and aminoacyl-tRNA synthetase fields.”

The quality and importance of Ibba’s research are demonstrated by more than 150 peer reviewed publications in high-impact, top-tier journals in the fields of biochemistry, microbiology and molecular biology, including Cell, Nature, Science, Nature Biotechnology, Nature Structural and Molecular Biology, Molecular Cell and Proceedings of the National Academy of Sciences.

Ibba is an elected Fellow of the American Association for the Advancement of Science and the American Academy of Microbiology. His work has been continuously funded by the National Science Foundation, the National Institutes of Health. In addition to funding his own research, Ibba has also garnered continued grant support for a successful institutional graduate student training program at Ohio State.

He obtained his BSc from Imperial College, London, UK, and his PhD from the University of Manchester, UK. He joined Ohio State in 2001. 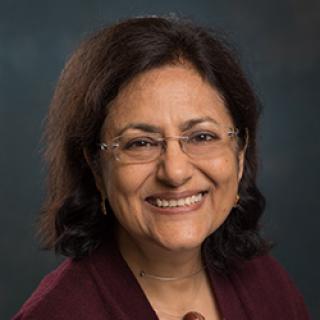 Nandini Trivedi’s is a world leader in the field of condensed matter physics, where her research has impacted the fields of superconductivity, topological quantum materials and the behavior of ultra-cold atoms. She has used quantum Monte Carlo methods to make major contributions to the understanding of novel phases and phase transitions in ultra-cold atoms. Her work on the superfluid to insulator transition in “bosonic” atomic systems and the search for magnetism and superconductivity in “fermion” atomic systems have been used for calibrations and interpretations of many high-profile experiments on ultra-cold atoms in optical lattices. Most recently, her research has turned toward the aspect of quantum topological materials, where electrons can get “fractionalized.” A specific example being investigated in Trivedi’s group is “quantum spin liquids,” which support fractionalized excitations and is now a major direction in condensed matter physics. Trivedi has also played a central role in obtaining funding for Ohio State’s Center for Emergent Materials, a Materials Research Science and Engineering Center funded by the National Science Foundation, where she is currently leading a collaborative effort to understand novel magnetism in oxide materials and topological semimetals.

A colleague stated, “Nandini is an expert on quantum Monte Carlo calculations on strongly interacting atoms, and is most famous for her accurate calculations on ultracold fermions in optical lattices, and is well known internationally for her many high quality contributions.”

Trivedi is a Simons Fellow and a Fellow of the American Physical Society. She has published papers in prestigious journals including Nature, Nature Materials, Science, Nature Physics, Physical Review, Nature Communications, Proceedings of the National Academy and Physical Review Letters. Her research has been continuously funded by the National Science Foundation and the Department of Energy.

She received her BS and MS from the Indian Institute of Technology, Delhi, India and her PhD from Cornell University. She joined Ohio State in 2004. 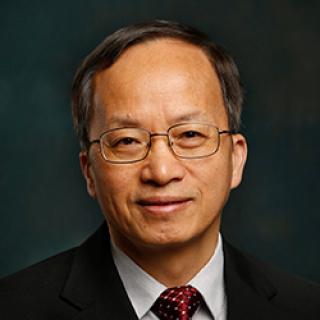 Guo-Liang Wang is an international leader in molecular plant-microbe interactions. His research has produced great insights into the resistance of crop plants to fungal and bacterial pathogens. He has conducted pioneering work on disease resistance in rice, which is the staple food crop for half of the world's population. He has mapped and cloned over 10 broad-spectrum resistance genes to rice pathogens, elucidated the function of the ubiquitination-mediated pathway in rice defense responses; revealed the dual functions of the U-box E3 ligase genes in the regulation of both plant defense and flowering; studied the function of the epigenetic regulation in basic and specific resistance in rice and analyzed the rice defense transcriptomes in response to pathogen infection using RL- SAGE, MPSS and SBS technologies.

One colleague states, “He has made and continues to make significant and fundamental contributions to understanding the molecular mechanisms of plant responses to pathogens. He has collaborated broadly to develop critical tools and techniques that are enabling major discoveries in rice genomics. Dr. Wang is highly valued in the scientific community as an imaginative and knowledgeable scholar, and a generous collaborator.”

He received the DuPont Young Professor Award, Outstanding Overseas Young Scientist Award of China, Syngenta Award of the American Phytopathological Society, Research Award of Merit, Gamma Sigma Delta and the Changjiang Scholar award from Ministry of Education, China. He is a Fellow of American Phytopathological Society and a Fellow of the American Association for the Advancement of Science.