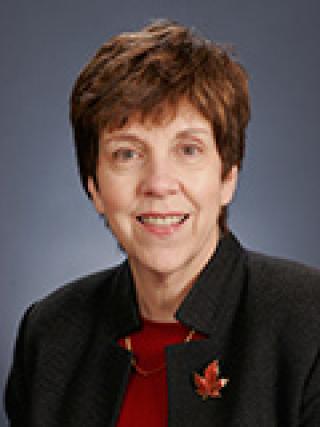 Martha Garland has dedicated herself to The Ohio State University for nearly 40 years, starting with her arrival at the university as a doctoral candidate in 1971. Since then, she has built a storied career as a senior administrator, demonstrating a lifelong commitment to higher education and an unwavering dedication to undergraduate students. During her time at Ohio State, she served in a variety of roles, from academic advisor to professor in history to associate director of Continuing Education. In 1997, she was appointed vice provost for Undergraduate Studies, a position that allowed her to oversee all aspects of undergraduate education, from admissions to graduation.

Dr. Garland has been a prominent advocate for Ohio State students, ensuring they receive a first-rate educational experience. During her career, she was involved in developing student-focused initiatives, including the First Year Experience program and the Office of Undergraduate Research. She has served on the University Senate and numerous other committees, including co-chairing the Committee on the Undergraduate Experience, which explored all aspects of the student experience and recommended sweeping changes. 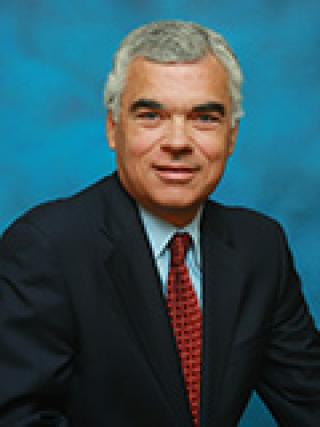 Jay Gerlach is known throughout Columbus for his inspirational philanthropy and volunteerism. His outstanding leadership and generosity have helped shape the future of The Ohio State University. Since graduating from Ohio State in 1976, Mr. Gerlach has steadily increased his personal involvement with the university, where his service has been described as “diverse” and “vigorous.” He and the Gerlach Family have supported family funds in neurology and cardiovascular research and contributed generously to Fisher College of Business, Richard M. Ross Heart Hospital, cancer and wetlands research, athletics and the renovation of the William Oxley Thompson Memorial Library.

In addition to his significant responsibilities as chairman and CEO of Lancaster Colony Corporation, a manufacturer and marketer of consumer products, Mr. Gerlach provides highly engaged leadership to many Ohio State groups. Since 1997, he has been a member of the university’s Foundation Board of Directors. He also serves on the Dean’s Advisory Council for Fisher and the Ross Heart Hospital Board, and he played major roles in developing the Affirm Thy Friendship and But for Ohio State campaigns. 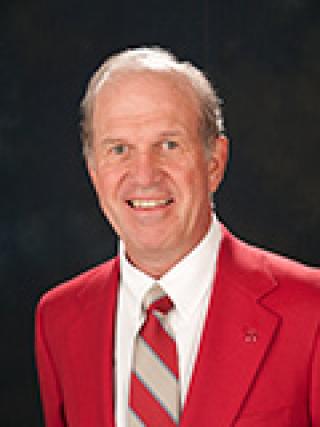 Born to a Great Lakes seaman in Painesville, Ohio, Bill Lowrie learned at a young age the importance of hard work, dedication and loyalty. Those values led to his successful 33-year career at Amoco, one of the world’s largest petroleum companies, and to his longtime support of The Ohio State University. Mr. Lowrie joined Amoco in 1966, after graduating from Ohio State with a bachelor’s degree in chemical engineering. He worked his way through the ranks, ultimately becoming deputy CEO. Throughout his demanding career, Mr. Lowrie has remained a dedicated supporter of his alma mater, particularly the Department of Chemical and Biomolecular Engineering which carries his name.

Since the early ’80s, he has provided leadership on a variety of Ohio State committees as well as significant financial contributions. In 2009, he made a transformative financial commitment to support the construction of the Koffolt Laboratories in the Chemical and Biomolecular Engineering and Chemistry Building (opening in 2014), the creation of a professorship and an endowed chair and enhancement of education and research initiatives. He chairs the university’s Foundation Board of Directors, and has received numerous accolades, including the Alumni Association’s Alumni Medalist Award, the College of Engineering’s Distinguished Alumnus Award and the college’s highest honor – the Benjamin G. Lamme Meritorious Achievement Medal. 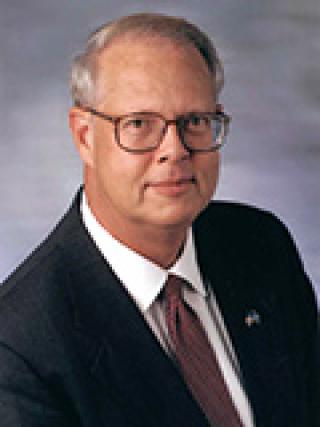 Dan Sandman, a highly successful attorney, has been a tireless ambassador for The Ohio State University’s Moritz College of Law since he received his Juris Doctor in 1973. As a volunteer, mentor and donor, he devotes much time and energy to ensuring that Moritz remains a premier law school. Since 1994, he has served on Moritz’s National Council. He also is a member of the college’s But for Ohio State Campaign Committee and served as a distinguished practitioner in residence in business law. He has made significant contributions to the Robert K. Barton Memorial Fund, which supports scholarships for law students interested in golf, and created the Dan D. and Bonnie A. Sandman Fund to support Moritz’s Center for Interdisciplinary Law and Policy Studies.

Mr. Sandman’s involvement stretches beyond the halls of Moritz. As a former Evans Scholar, he provided leadership financial support to help build Ohio State’s Hamilton House for the Evans Scholars Program. He also served on the Alumni Association’s Board of Directors for five years, playing key roles in recruiting Archie Griffin as the association’s leader and in bringing the association into closer partnership with the university. 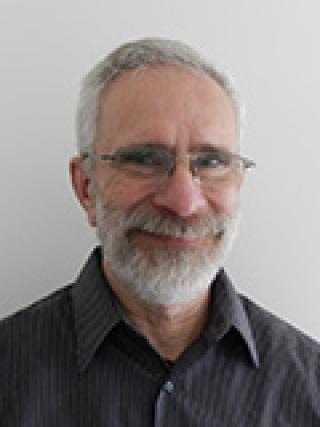 Professor Emeritus Dan Shapiro’s relationship with The Ohio State University started more than 40 years ago, when he attended the Ross Mathematics Program as a high school student in the 1960s. He returned to the university in 1974 to begin his career as a faculty member in the Department of Mathematics. Since that time, he has served as the vice chair for lower division studies and as the department’s point person for the complex task of converting the mathematics curriculum from quarters to semesters.

Professor Shapiro’s most prominent role has been as director of the Ross Mathematics Program since 2000. As the most prestigious summer mathematics program in the country, the Ross Program brings great visibility to Ohio State. It counts among its alumni some of the top mathematicians in the world, including faculty members at Harvard, MIT and Princeton. Professor Shapiro has served as an instructor for the program since 1985, and as director he has worked tirelessly – securing additional funding and recruiting top students and lecturers – to ensure the program’s continued vitality. 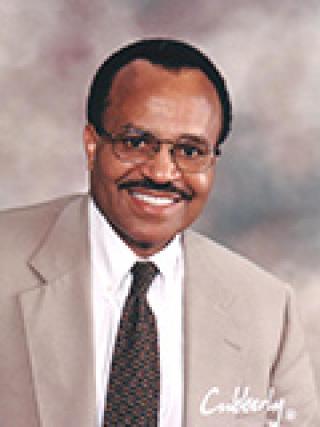 Mac A. Stewart has devoted his professional life to improving the delivery of educational services for the socioeconomically deprived and culturally different students in post-secondary institutions.

His distinguished 40-year career at The Ohio State University began with his time as a residence hall director in the 1970s, continued as dean of University College, and culminated in his service as vice provost for the Office of Minority Affairs and special assistant to the president for diversity. Dr. Stewart was essential in promoting the creation of a diverse student, faculty and staff population. Under his leadership, Ohio State moved from a place of turmoil in the ’70s to a place where diversity is expected and valued.

Dr. Stewart is a scholar, a national leader in his field and an admired academic administrator. Even in retirement, he is called upon regularly to consult with organizations about best diversity practices. He served on more than 30 committees at Ohio State, including two presidential search committees, University Senate and the Council of Deans. In 2005, he played a key role in creating the Todd A. Bell National Resource Center on the African American Male, a unique center that has received national acclaim for addressing critical issues that impact the quality of life for African American males. 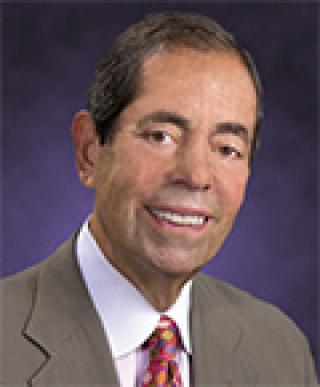 Bob Weiler is chairman of the board of the Robert Weiler Company, a full-service commercial real estate firm, and holds two degrees from The Ohio State University. He has a long history of involvement with Ohio State, serving as an adjunct faculty member at the Moritz College of Law, and frequent speaker to student groups at Moritz and Fisher College of Business. He was honored in 2002 with the Fisher Alumni Award for Community Service and began serving on the university’s Foundation Board of Directors in 2012.

Dr. Weiler has been a loyal supporter of the university, making his first gift in 1959. Since then, he and his wife, Missy, have supported Ohio State as leadership donors, establishing the Robert Weiler MBA Scholarship Fund at Fisher in 2004, and graciously providing rent-free housing for Ohio State MBA students. In 2013, they created the Robert and Missy Weiler Scholarship Fund in the College of Education and Human Ecology, which supports students with financial need who are majoring in urban education.

In addition to his work on behalf of Ohio State and his generous philanthropic support, Dr. Weiler has a deep commitment to supporting urban education, having served as president of the Columbus Board of Education and assisted in the creation of the “I Know I Can” college access program.