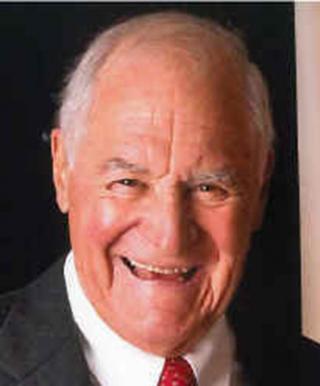 For nearly seven decades, Jameson Crane has been an engaged partner of The Ohio State University, inspiring generations of Crane family members to follow his example as a philanthropic leader. His relationship with the university began in the 1940s when, after serving in the U.S. Navy during World War II, he used the GI Bill to enroll at Ohio State.

In 1947, following three years on the Buckeye football team, he earned his undergraduate degree in business administration. He then forged a distinguished career with the Plastics Division of Columbus Coated Fabrics Corp. before joining Crane Plastics in 1960. Today, he is chairman emeritus of the Crane Group, a private holding and management company in Columbus.

Along with his family and late wife, Ann, Mr. Crane has provided significant support for academic programs, scholarships and building projects at Ohio State. He has helped make possible the Crane Study Table at the Younkin Success Center, the Crane Designated Professorship of Strategic Marketing and the Jameson Crane MBA Fellowship.

Mr. Crane has been a member of the Ohio State President’s Club since 1972. He also served on the Foundation Board of Directors from 1991-2002, and participated in the planning and execution of the Affirm Thy Friendship Campaign, which raised $1.23 billion for the university.

An active member of the Columbus community, Mr. Crane has served as president of the Columbus Club and Columbus School for Girls boards. He also served for more than 25 years as a director of Bank One Corp. 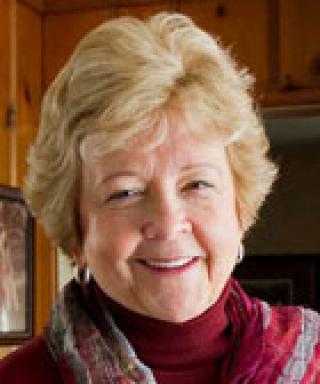 For nearly three decades, Mabel G. Freeman was the face and voice of The Ohio State University for countless prospective Buckeyes and their families.

In 1985, Dr. Freeman helped established the Ohio State Honors & Scholars program. During her 15 years with the program, Dr. Freeman established strong efforts to recruit and retain high-ability undergraduates. She also served as the university’s chapter advisor and national president for the Mortar Board Senior Honor Society, which named the local chapter in her honor in 2004.

Dr. Freeman served on Ohio State’s Committee on the Undergraduate Experience, which produced a landmark report regarding undergraduate experience planning. In 2000, she became assistant vice president for Undergraduate Admissions and First Year Experience (FYE). The FYE program — created by Dr. Freeman and her staff — is responsible for freshman orientation, President’s Convocation, Buckeye Book Community, Distinguished Speaker Series and other programs that first-year students participate in. FYE continues to be identified as an exemplar program in the nation today.

Under her leadership, Ohio State saw a marked improvement in freshman ACT scores, an increase in the number of students in the top 10 to 25 percent of their classes and improved access for low-income and first-generation students.

Fully committed to student success and access, Dr. Freeman has long participated in many local, state and national organizations, including the I KNOW I CAN college access program, the Junior League of Columbus, The College Board, the American College Testing Service, the National and Ohio Associations for College Admission Counseling and the Bexley Education Foundation. Most recently, she has been working to improve access and outcomes for students at Columbus State Community College. 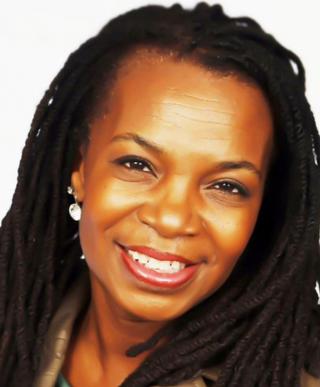 A true champion in every sense of the word, Stephanie Hightower has become a high-profile leader in the realms of public and higher education, government affairs, athletics and not-for-profit human services. She currently serves as the first female president and CEO of the Columbus Urban League — the city’s oldest urban family advocate.

Previously, Ms. Hightower served as vice president for institutional advancement for the Columbus College of Art & Design; director of communications for the Ohio Department of Mental Health; and communications/press secretary and special assistant for Columbus Mayor Greg Lashutka. A strong advocate for quality education, Ms. Hightower was twice elected to the Columbus City Schools Board of Education and served as president for five years. She was a leading voice on Mayor Michael Coleman’s Columbus Education Commission. In 2015, she was named the first chair of the Community Engagement Council and Future Ready Columbus.

Her focus is on empowering communities and changing lives — central values to the land-grant mission of The Ohio State University. Since graduating from Ohio State in 1981 with an undergraduate degree in communications, Ms. Hightower has maintained close ties to her alma mater. She often returns to campus to speak to students, offering her expertise in public policy courses, judging marketing education class projects for the John Glenn College of Public Affairs and reviewing proposals for the Center for Innovation and Entrepreneurship.

A world-class track and field athlete, Ms. Hightower has held several American and world records. During her time as a Buckeye, she earned Big Ten conference, collegiate and national championship titles and a place in the university’s Athletics Hall of Fame. In 2014, she received the Jesse Owens Influential Athlete Award from Ohio State’s African American Alumni Society. She now serves as president and chair of the USA Track & Field board of directors. 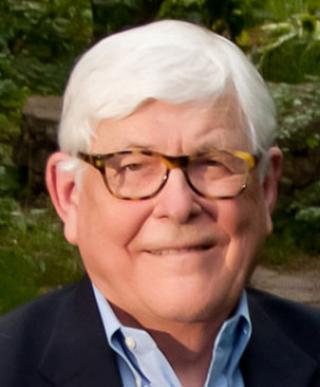 Dr. Robert C. Hummel’s record of service to The Ohio State University spans more than 50 years. Since graduating from Ohio State in 1961 with an undergraduate degree in agriculture and a doctorate in veterinary medicine, Dr. Hummel has been paying forward as a university ambassador, benefactor, advisor and mentor.

In 1967, he co-founded Colorado-based Great Plains Chemical Company, Inc., which became Animal Health International, one of the largest animal health distributors in the nation. Dr. Hummel served as chairman of the board until the company was sold recently to the Patterson Company, Mendota Heights, Minnesota.

As a successful businessman in the animal health industry, Dr. Hummel has provided expert counsel to Ohio State’s College of Veterinary Medicine. Working closely with Dean Lonnie King, Dr. Hummel was integral to establishing the Graduate Business Minor in Health Sciences. This program, a joint project with the College of Veterinary Medicine and Fisher College of Business, is one of the first of its kind in the country. It provides veterinary students with the skills needed to run a successful business.

Beyond Ohio State, Dr. Hummel serves as a trustee for the National Museum of Wildlife Art in Wyoming and sits on the board of Clipper Distributing in Missouri. 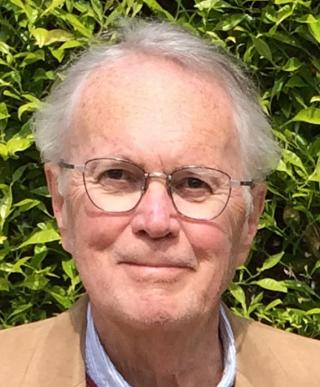 From his arrival at Ohio State in 1968, Christian Zacher took the initiative to make things happen, dedicating himself to the university and producing tangible results. He worked to improve not only the Department of English but also his college and the university as a whole. That dedication — for which he received a 2005 Faculty Award for Distinguished University Service — continued through his 2011 retirement from the university.

Now an emeritus professor of English, Zacher made his name as director of the Center for Medieval and Renaissance Studies (1984-92) and as director of the Humanities Institute, which he co-founded, from its inception in 1998 until his retirement. During that time, he also served as co-editor of The Encyclopedia of the American Midwest and authored The Holbrook Years 2002-2007, which chronicles the tenure of Karen Holbrook, 13th president of The Ohio State University, from the extensive search process through her departure.

Zacher also served as a member of University Senate, then two terms as secretary of the senate, during which time the senate oversaw several momentous changes within the university. His tenure included the merging of the five arts and sciences colleges back into a single College of Arts and Sciences; initiated the academic calendar switch from quarters to semesters; and produced an intricate, top-to-bottom review of Ohio State’s graduate programs, among many others.

In his time at Ohio State, Zacher also has served as a one-year president of the Faculty Club, associate dean of the College of Humanities, chair of the Department of Comparative Studies and for two years as a faculty mentor in the STEP program. 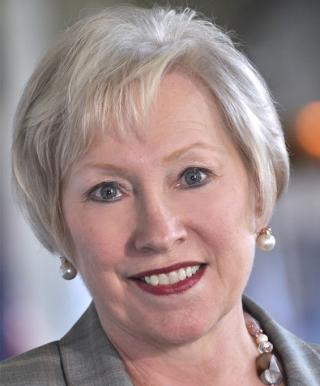 A three-time graduate of The Ohio State University, Dr. Nancy Zimpher is a nationally recognized leader in higher education administration with a commitment to teacher preparation, urban education and university-community engagement.

After earning her undergraduate, graduate and doctoral degrees at Ohio State, Dr. Zimpher devoted more than two decades of service to the university’s College of Education. For 14 years, she was a faculty member in the School of Educational Policy and Leadership and held several vital positions before becoming dean of the College of Education in 1993 and executive dean of the professional colleges in 1994.

As dean, Dr. Zimpher successfully reorganized the College of Education into three schools and transitioned the teacher preparation programs from undergraduate to graduate level. This dramatic change led to higher admission standards, stronger placement records and heightened visibility for the college.

She was instrumental in the creation of Ohio State’s first Academic Plan, the formation of the Younkin Success Center and the establishment of Campus Partners and its activities related to the university’s development work with the city of Columbus. She also served on many University Senate and ad hoc committees, most notably the Senate Fiscal and Provost Search committees.

She is the co-founder of Strive Together in Cincinnati, a national model for fostering collaborations between universities and communities to promote student success throughout the education continuum. She remains active in numerous other organizations, including the National Association of System Heads and the American Council on Education. She also has chaired boards for the Coalition of Urban Serving Universities, CEOs for Cities and the NCAA.